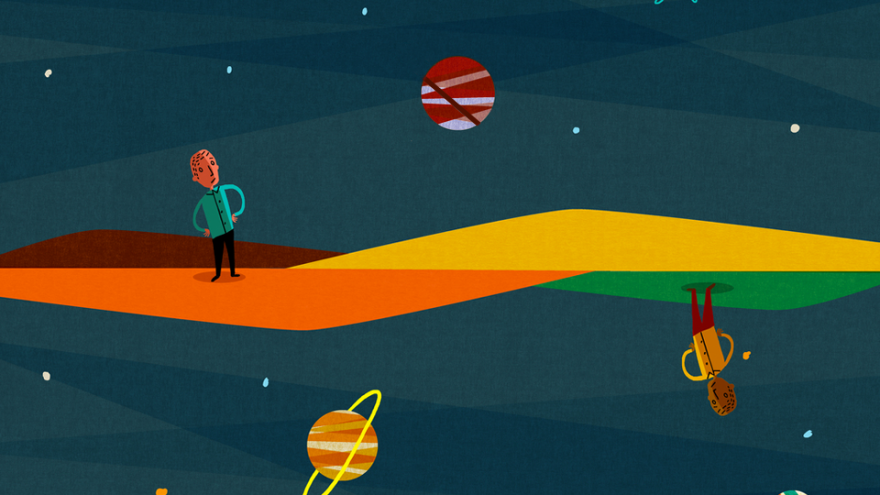 “Those people are wizards,” says Drew Gorin ’16 about NASA and European Space Agency engineers creating the technology that will allow human scientists to study Martian rock in the comfort of a terrestrial lab. Gorin quickly acknowledges that engineers are the furthest thing from magicians but goes on to paraphrase Arthur C. Clarke’s assertion that any sufficiently advanced technology is indistinguishable from magic.

The engineering needed to bring rock from Mars to Earth does seem a bit magical. Especially considering that in order to be scientifically useful, as opposed to just being cool because they’re from Mars, the dozen or so stick-of-chalk-sized samples that will be collected by the Perseverance rover have to be sealed up, abandoned on the surface, retrieved almost a decade later, and launched through the Martian atmosphere, and then will have to travel through radiation-soaked interplanetary space, navigate our planet’s thick and complex levels of atmosphere, and land safely in Utah. Without any contamination. And all of that accomplished by robots programmed and controlled from Earth. Robots and programming that are now in the design stage.

Middlebury graduate Drew Gorin, currently an earth and planetary sciences PhD student at the University of California at Berkeley, is one of the scores of scientists from a handful of labs around the world participating in the monumental undertaking collectively called Mars Sample Return. Gorin’s current role on the team is to help decide where Perseverance should go on Mars to gather samples subject to the titular return.

Gorin began developing this skill set during his time as a geoscience student at Middlebury College. His academic path is filled with its own set of twists and turns and unexpected discoveries.

“When I arrived at Middlebury, I only knew that I definitely wouldn’t study science. I ended up getting my name on a waitlist for an oceanography class, which I thought I might use to ‘knock out’ my science requirement. Two weeks into the semester the professor calls my cell phone. ‘Why haven’t you been coming to class?’” Gorin’s voice lightens with amusement as he relates the conversation. “I’m not in the class,” he replied. “I’m on the waitlist.”

“Right,” the faculty member said. “You get into the class by coming.”

Gorin went from receiving his bachelor’s in geology from Middlebury to a master’s program at Boston College, a degree he is completing while working on the Mars project. “My master’s was abruptly delayed by COVID,” he says. “In February 2020 I sent a bunch of samples out to facilities to be measured and then they closed for eight months.” There are only two facilities in the U.S. able to make the measurements Gorin requires to complete his thesis.

An unfinished degree wasn’t going to stop him from embracing the go-to-class-to-get-in-class attitude he learned at Middlebury. When he came across an opportunity he wanted to pursue, Gorin sent his curriculum vitae and a letter of intent to his now advisor David Shuster, who oversees the Cal lab where he was interested in undertaking his doctoral studies.

“You know, Drew,” Shuster said while recruiting Gorin, “I just accepted a position to work on the Mars 2020 sample return. Is that going to be a dealbreaker for you?”

Dealbreaker? No. Instead Gorin saw “a cool new application of the geochemical tools I’m already excited about.” Now he’s putting those tools to work with the goal of accurately measuring the age of Martian surface features.

Gorin leans back in his chair and describes the method used to accomplish this goal. “You begin a clock at some time zero. And you’ve got a completely flat surface.” He gestures with his hands, palms down, indicating an area that could have been created by a lava flow or a flood. “Pretty much all planets receive some sort of impactors—meteorite impacts—and those create craters. If you can figure out the rate at which that happens, and the size-frequency distribution of the craters that get produced, then you can approach a new surface and count the craters and measure their sizes. We know roughly how often these impacts happen; we look at the overlapping events and estimate how long it’s been since that surface was flat.”

Samples retrieved by Apollo astronauts provided the data needed for scientists to accurately do this for sites on the moon. Now the challenge is to take that proven technique and apply it to Mars. “I’ve been tasked with trying to really understand the mathematics of that system,” Gorin explains.

With Martian cratering chronology models built from Gorin’s understanding, the team will “point” to a place on the map near Perseverance. The rover will be directed to that spot and collect some rock. Those approximately four-inch samples will be sealed in tubes and await retrieval by Mars Sample Return robots and spacecraft.

Humanity’s first interplanetary cargo vessel is expected to be carrying Martian rock chosen by Gorin to Earth in the early 2030s.

“Let’s say we find evidence of ancient life,” Gorin says. He outlines the importance of his work, noting that the crater that is home to Perseverance is currently estimated to be anywhere between 1.7 and 3.2 billion years old. “It’d be nice to have that age range more tightly constrained. So you could then compare to Earth,” he says with a glimmer of scientific excitement in his eye, “and ask important questions about the genesis of life.”