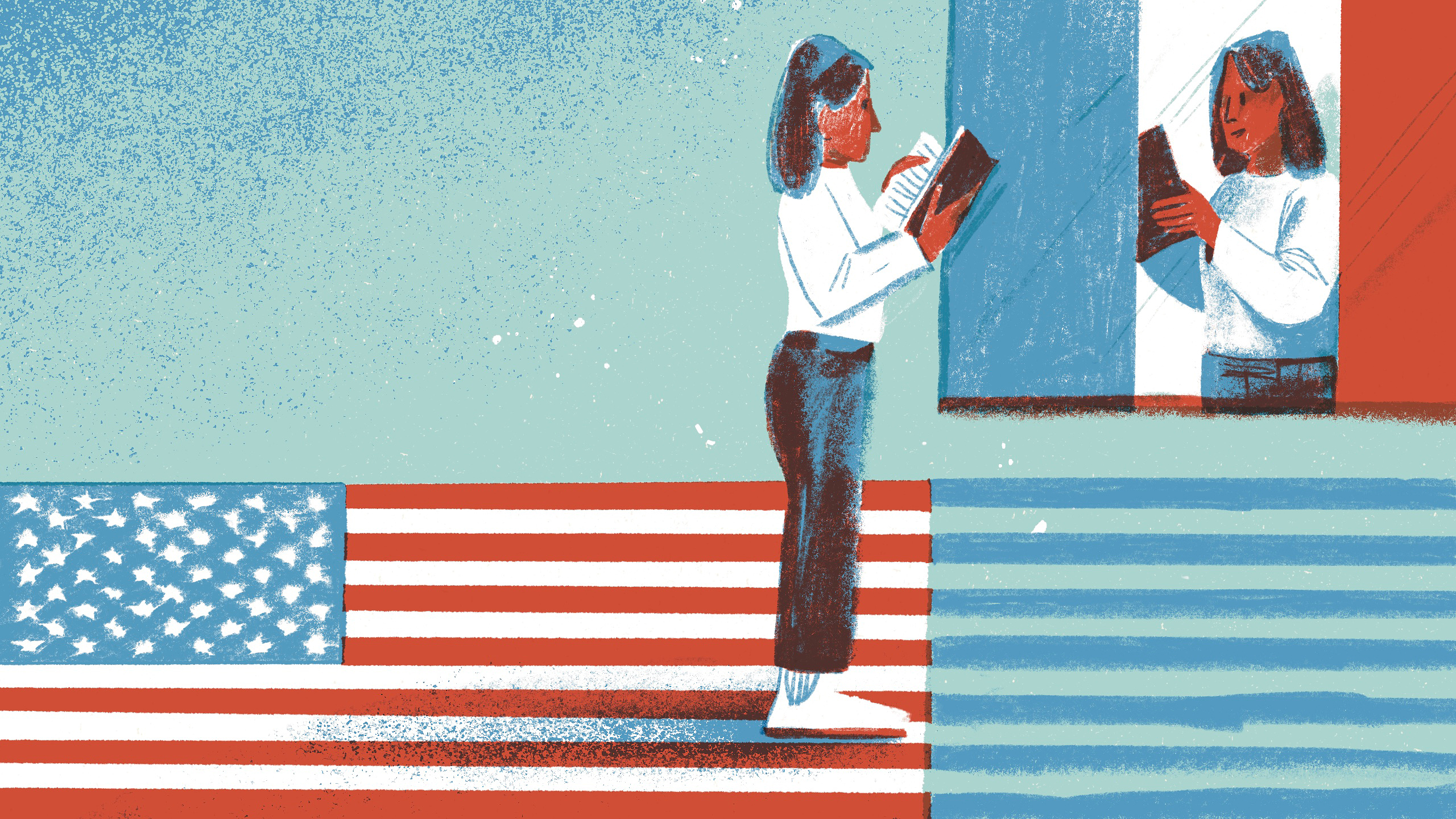 When I moved to France in the summer of 2016, I had never heard of Simone Veil. That’s not really a surprise, as few Americans know her name, though she is a renowned figure in Europe, and especially France.

But I’m getting a bit ahead of myself.

I moved to France that summer to learn French. I was fresh out of college and determined to pursue a career in diplomacy and international relations; I wanted to become fluent in French and thought there was no better way to do so than to immerse myself in the French language and culture.

Which is how I found myself in a small town on the outskirts of Paris, as earnest as can be—yet entirely unable to communicate even a simple idea. I did everything I could to learn French, from enrolling in language school to joining a local soccer (or rather, football) team to reading stacks of French comic books for kids

Little by little, the effort paid off.

I lived in France for two years, learning the language and teaching English to French students. When I returned to the States, I worked for the French embassy, and after two more years living in this hybrid linguistic world, I realized that I wanted to pursue a career in translation. I’ve always loved reading and writing and the beauty of language inherent in both. But my interest in translation goes deeper—I see the discipline as a means to facilitate exchange, foster understanding, and forge connections.

I discovered this when I moved to France, a time when I experienced the reshaping of my identity.

I became a different person in this context, not only in my behaviors, but also in a more fundamental sense of self. Consciously or subconsciously, I was grappling with the intrinsic, internal struggle between security and freedom inherent to one’s early 20s.

In France, my experiences caused me to separate and establish stark and compartmentalized representations of this struggle, manifesting two clashing identities present within my relationship to myself.

My sense of comfort and stability became tied to my American self. I did not question why things were the way they were, because this was my world, my culture. My sense of adventure and growth became tied to my French self. I was forced to second-guess all my actions and perceptions, constantly internally reflecting upon my fundamental beliefs.

I miscalculated what this transition abroad would mean. I thought I would have experiences, add them to my already strong and whole sense of self, and reshape a coherent understanding of my own identity.

In reality, I ignited another version of myself. I inadvertently laid down a sort of tabula rasa, and the moment I arrived in France, I ravenously and obsessively reconstructed a new understanding of the world around me and within me.

I first learned about Simone Veil on June 30, 2017: the day she passed away. I was carpooling to the end-of-year party for my French soccer team, and I heard the news on the radio.

“Do you know who this is?” one of my teammates asked me.

I didn’t, and she explained. By this point, my French was good enough to understand her response. My journal entry for that day reads: “soccer party, really bonded with team, everyone loved my cheesecake.” Behind those words, however, were months of effort. Relationships that were initially mainly built on gestures, actions, and smiles, and then slowly incorporated spoken phrases. With each interaction, I shared a bit of my background, culture, and language, and they shared a bit of theirs. On June 30, 2017, I gave my teammates a homemade “American” dessert; they gave me knowledge of the making of a French heroine.

Revered as a champion of women’s and human rights in France, Simone Veil was born into a Jewish family in 1927 and survived the Auschwitz-Birkenau and Bergen-Belsen Nazi concentration camps before returning to her native France, where she studied law and political science. She became a French judge and began her career in politics, working in the French Ministry of Justice and subsequently being appointed minister of health. She went on to be elected the European Parliament’s first woman president.

Throughout her illustrious career, her notable achievements included working to further rights for incarcerated women, increase rights for single mothers, expand women’s health coverage, and improve access to contraception. Simone Veil is best known for her role as the French minister of health, defending the government’s proposed law before the French National Assembly to legalize abortion, despite an onslaught of vicious, personal, and anti-Semitic attacks. The law was passed in November 1974 after a hard-won battle, and it bears her name: the loi Veil.

About five years after arriving in France and my initial introduction to Simone Veil, I selected to translate for my practicum course her 1974 speech before the French National Assembly opening the debate on the legalization of abortion in France.

From the outset, I planned to publish this piece. As access to abortion is facing increasing restrictions in the U.S., I wanted to use this opportunity to leverage my background in drafting speeches for French diplomats and my linguistic skillset in favor of defending abortion access, which remains a pressing, essential issue.

A great and lofty plan in theory, it predictably turned out to be a bit more challenging to execute in practice. Contrary to what one might expect, I am not actually an expert on French copyright law. So, where to begin? I decided to first reach out to the French National Assembly to inquire about rights for publication of a translation of the speech. A bit bold, given this is possibly one of the country’s most famous political speeches, but why not try? Realistically, how many people would be making this request? The Communications Department of the French National Assembly directed me to contact the speech’s “rights holders.” I was happy to receive this reply but was not quite sure who these “rights holders” would be. The most logical guess seemed to be her two sons, both renowned French lawyers. A quick Internet search led me to their contact information on their law office’s website. So, once again constructing an email oscillating between conditional tenses and formal French constructions, I made my case for translation and publication. Within days, I received a positive and thorough response from her sons. Now all that was left was, well, the actual translation.

After over 100 hours of writing, editing, research, rewriting, reediting, and incorporating feedback, my translation was published on November 26, 2021, on the 47th anniversary of the speech. Simone Veil’s words were written and spoken in a different time and place, but they are undeniably relevant to present-day America; they remind us how far we have come, and how far we have yet to go. In seeking to find Simone Veil’s voice in English, I found a bit more of my own. Above all, perhaps I chose the field of translation to find coexistence between my two senses of self. Yes, seeking self-actualization in a semantic playground may seem rather frivolous or even pedantic. But it doesn’t have to be. And I don’t want it to be.

Clara Clymer is a graduate student at the Middlebury Institute of International Studies. She expects to earn a Master of Arts in Translation in 2022.