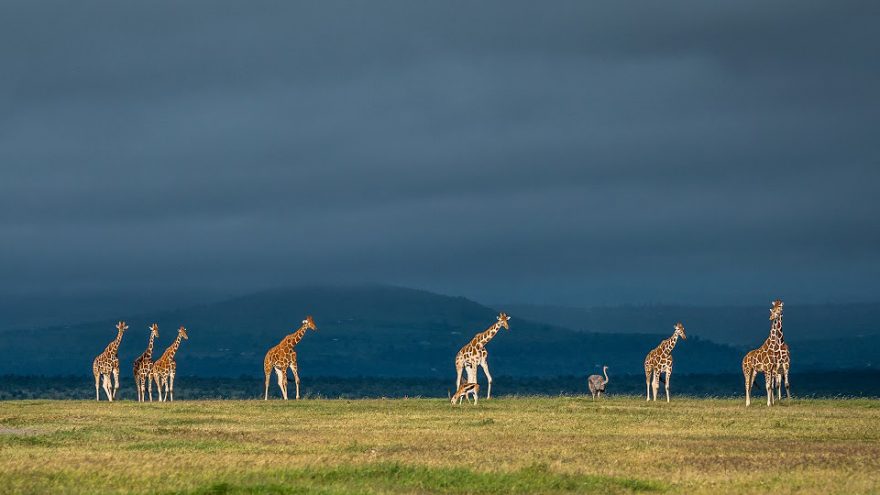 When we* last spoke with Hunter Sykes, who graduated from the Middlebury Institute’s International Environmental Policy program in 2005, he was putting the finishing touches on his new documentary The Hunter Legacy, a personal exploration of family legacy and the intensifying competition for resources between humans and wildlife in Kenya. The film has since won several awards and is available for streaming on Amazon Prime, and is coming to Google Play soon.

When preparing his family farm in upstate New York for sale several years ago, Sykes discovered old films, photographs, and journals from a long trophy-hunting trip his grandfather and other family members took to East Africa in the late 1930s. Sykes, a self-described environmentalist in contrast, says that as a young boy growing up in “hippie Colorado” he was “pretty radical.” Reading the family journals and watching the films was at times painful.

In The Hunter Legacy, Sykes connects with Alex Hunter, the grandson of J. A. Hunter, the famous big-game hunter who guided the Sykes family on their hunting trip to Africa in 1937. Hunter is now based at Kenya’s Ol’Pejata Conservancy, where he leads hiking and photography safaris, and works on conservation issues. Weaving family history and comparing images and films from their grandfathers’ times with today, the film explores issues related to population growth and human-wildlife conflict in modern-day Kenya.

The film has received several awards in the film festival circuit, including Best Documentary from the Mediterranean Film Festival in Cannes, France. COVID-19 caused the postponement of plans for an in-person screening and discussion in Monterey, but Sykes says he hopes to be able to share the film with Middlebury Institute students next year. The pandemic has disrupted some of his other planned appearances and screenings, but he says that it is also worth noting that more people than ever are seeking out interesting streaming content.

Up next for Sykes is finishing a short film on traumatic brain injury recovery among professional athletes. He is also working on the preproduction of a feature documentary on deforestation using musical tone woods as a catalyst towards changing minds and actions.

*The original piece on Sykes, titled “Atonement,” appeared in the winter 2020 issue of our sibling publication, Communiqué.