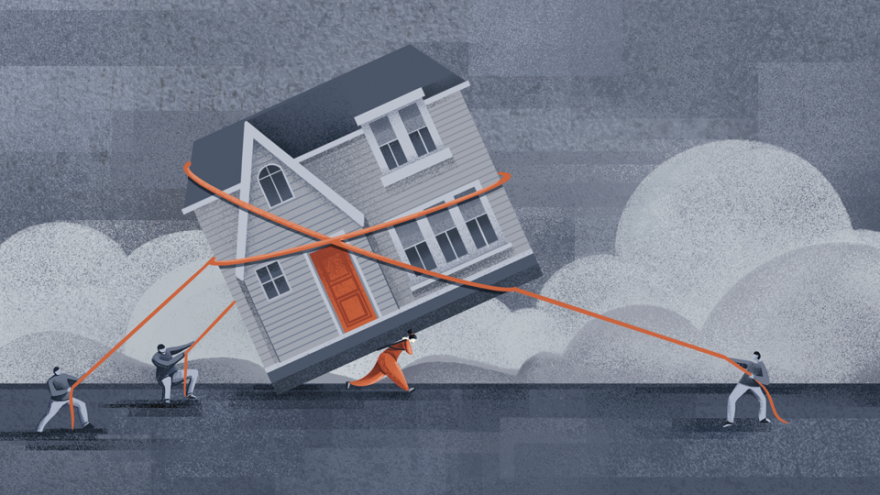 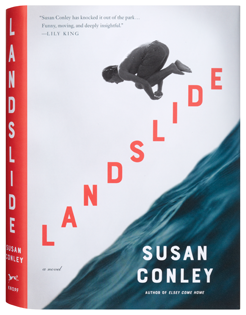 Wolves are socially complex, intelligent, often dangerous. Their hunger can be insatiable, their attacks vicious and unpredictable.

As the newest novel by Susan Conley ’89, Landslide, opens, the narrator, Jill, introduces us to the wolves she lives with. “It’s late afternoon at the end of a long October when the Fleetwood Mac song comes on. We’re halfway down the peninsula and I tell the wolves I was raised on Stevie Nicks . . . ” These wolves are Sam and Charlie, and they’re Jill’s teenage sons.

Jill is a loving mother, protective of her young and confident in her marriage to a Maine fisherman, Kit. She’s committed to her work as a documentary filmmaker, whose current project focuses on the economic and ecological demands on those who make their living on the changing Maine coast where they live. But when Kit is injured in an accident off the coast of Nova Scotia and confined to a Canadian hospital room for an extended recuperation, Jill’s familiar world suddenly collapses.

Landslide is about what happens when routines and roles unexpectedly give way. Jill is left in their remote island home, struggling with isolation and anxiety for the safety and well-being of her boys, her husband, and her marriage. Charlie and Sam, already wrestling their way through adolescence, devolve in Kit’s absence. The older one distances himself with intellectual pursuits and a girlfriend on the mainland; the younger turns self-destructive.

Instead, Jill scours conversations, memories, and even her son’s social media in search of clues as to what might be happening with them below the surface, conducting simultaneous conversations with herself filled with the worry she tries—often not successfully—to keep inside of her. Her dread and her worry increase when she meets the woman who saved Kit’s life, and she starts to wonder if there’s more to Kit’s story.