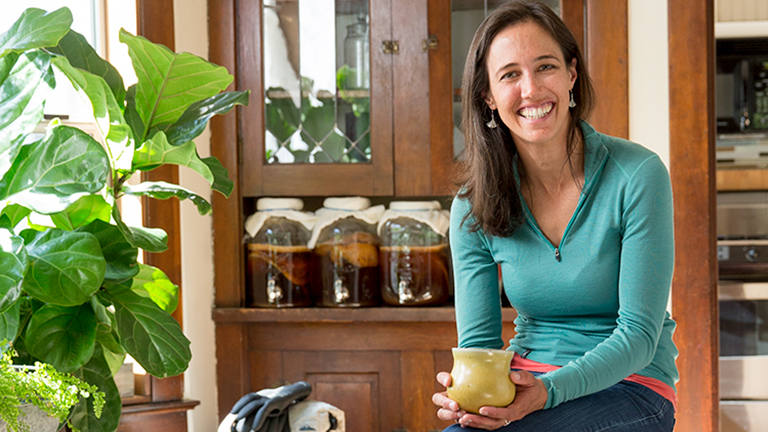 One afternoon last fall, Marty Schnure ’10.5 received a call from a colleague at the Wilderness Society, the nation-spanning conservation nonprofit where she heads up cartographic design. “Senator Cantwell needs some maps,” Schnure’s D.C.-based teammate explained. “Can we support this?” The Washington State senator was battling a budgetary proposal that sought to open the Arctic National Wildlife Refuge—19,286,722 acres of protected land in northeastern Alaska—to drilling. “Around the clock, our government relations team in D.C. was supporting Senator Cantwell closely on strategy,” recalls Schnure. “I was in Seattle making maps, and our conservation and ecology team in Alaska was helping me find the data, distill a complex story into a simple one, and fact-check everything. It was some of the most rewarding work I’ve ever done.”

That’s saying something. Less than eight years into her career, the Massachusetts-raised mapmaker has already blazed through some major career milestones. Graduating in the height of the recession, she nonetheless nabbed a dream gig at National Geographic in Washington, D.C. There, in cubicle neighbor Ross Donihue, she discovered a collaborator who shared her passion for conservation and outdoor escapades; the two forged a romance and, in 2013, fled the cubes to create their own company, Maps for Good. Their biggest accomplishment to date: charting an area of Patagonia wilderness that led to a national park designation, a major victory for an operation that sent the young cartographers bushwhacking through dense South American foliage, forging icy streams, and crunching their way across endless fields of scree. “I’ve become fairly good at being uncomfortable,” says Schnure, whose panoramic images of the expedition showcase her considerable photographic talents. “Whether that’s tired, or cold, or hungry, or all those things.” This ability to sit with discomfort and uncertainty, she says, has helped her embrace the inevitable ups and downs of entrepreneurship—and also, love. While her relationship with Donihue is no longer romantic, the two continue to partner on the projects that fuel their mutual passions.

But Schnure says she wasn’t born a (literal) trailblazer. “I remember first learning to drive, looking at road maps and thinking, I don’t even know how to read this,” she says. “I was intimidated by maps.” She came to cartography at Middlebury. “It was an intersection of art and design, science and technology, and, in my particular case, a very applied conservation need.” As Schnure’s affection for the outdoors blossomed in the Vermont wilderness, the link between mapmaking and saving untapped expanses became obvious. “We only save what we love,” she explains. “And we only love what we know. If I can make something known with a map that helps somebody to come to know and love a place, they might be inspired to help protect it.”

As for the Arctic Refuge, the work continues. In March, the Wilderness Society reported that the Trump administration sought an “aggressive timeline” to explore oil and gas opportunities in the area. Meanwhile, threats to public lands pile up rapidly yet rarely make it into the scandal-stuffed news cycle. “It’s easy for me to feel like the sky is falling, and I need to put in everything I possibly can,” says Schnure. Her more seasoned colleagues urge her to take breaks to avoid burnout—a real challenge for a person of such startling focus and drive. “When I look at it, the future of conservation depends upon people, especially young people, having really positive formative experiences in the outdoors,” she explains. “I feel a strong responsibility to protect these places that have given me so much.” 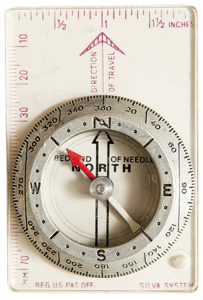 Schnure was very close with her maternal grandparents. “They were hardy, gentle, loving outdoorspeople, who taught us how to camp, paddle a canoe, sail a boat, and build a campfire. They gave me this compass, which had served them well for years, on my high school graduation day, both as a practical tool for a young outdoorswoman and as a symbol for helping me find my way into adulthood.” 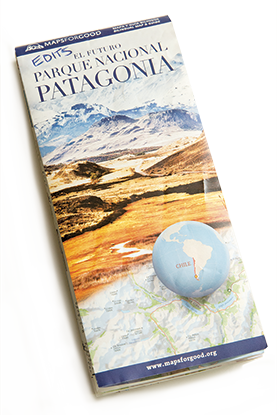 “When I see this map, which is now marked up with edits for our upcoming second edition, I am flooded with the wild and expansive feeling of being there, standing in the wind on a mountainside in the Jeinemeni Range, looking out over the Chacabuco Valley,” Schnure says. She feels immense warmth, fondness, and pride for all the people who worked so hard to make it into a national park, a designation it received this past January. 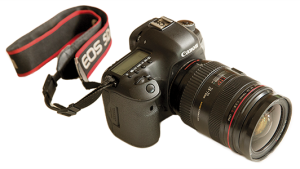 For as long as she can remember, Schnure has been driven to document the places she goes, the people she loves, and the things that happen to her. “Photography for me is like keeping a journal; it’s the primary way that I store my sensory memories and share them with others. This camera comes with me everywhere and has stood up to quite a beating. I’ve taken it down the Colorado River twice and dropped it on a lot of rocks and mud in Patagonia. It has even been drenched by a few ocean waves. It’s very tough—and loyal.”