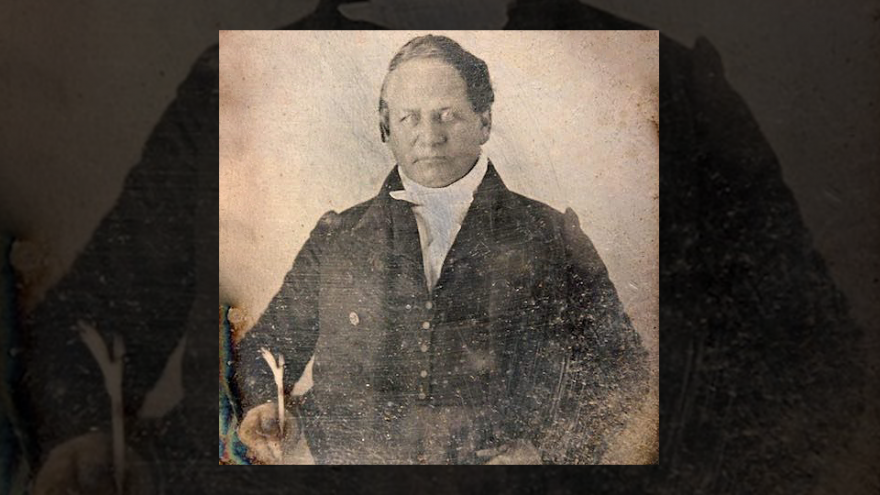 Twilight’s achievements are well chronicled, as is his complex legacy as a standard bearer. But, as historian and Middlebury professor emeritus Bill Hart noted at the official state commemoration earlier this week, Twilight’s perceived racial identity is cloaked in mystery.

We now know that he was biracial, but we don’t know how he self-identified, and we are left with only rumors of how others saw him.

Said Hart: “Years after Twilight’s death in 1857, former neighbors in Corinth and even one or two people connected to Middlebury College whispered that Alexander and his siblings were ‘colored’; I prefer to think of Twilight in more complex terms—as biracial—so that we do not succumb to the ‘one-drop rule’ that has long defined Blackness in this country since the era of enslavement.”

What we do know, Hart added, was that “Middlebury College did not know or did not care that Twilight was a man of African descent” when he graduated in 1823. It was the diligence of a college employee—a predecessor of mine as editor of this magazine, a couple of editors removed, a man named Gregor Hileman—who, 150 years after Twilight graduated, discovered and documented the fact that Twilight was the first African American to graduate from an American college.

(In his address, Hart further explored Middlebury’s rich legacy as it pertains to race and admissions. In 1834, the College rejected the application of Andrew Harris, who would become the first Black man to graduate from the University of Vermont. A decade later, Middlebury would actively recruit Rutland native Martin Freeman, who would graduate as the salutatorian of his class in 1849 and would later become the nation’s first Black college president. Noted Hart: “I mention this complicated racial history to encourage us in the 21st century to think about race in more complex terms.”)

To Hart’s point, Twilight’s complex legacy is reflected in a new project that bears his name, the Twilight Project, a Middlebury initiative that “seeks to engage the College community in uncovering and reckoning with the histories of exclusion and marginalization at the College and in its surrounding areas, circa 1800 to the present.”

Said Daniel Silva—director of the Twilight Project, associate professor of Luso-Hispanic studies, and director of the Black studies program—“The Twilight Project initiative was named after Alexander Twilight not merely to recognize his noteworthy experience, but also because he is, in many ways, symbolic of the complex histories the project looks to uncover. Twilight’s complicated racial identification is, in other words, indicative of the underexamined experiences historically marginalized identities have forged and endured at Middlebury College and in Vermont.”

Happy birthday, Alexander Twilight. May your legacy continue to lead to revelations about race and identity and education at Middlebury and beyond.

Again, I quote Bill Hart, speaking earlier this week: “I believe that Alexander Lucius Twilight would approve [of the Twilight Project], as he was a man who embraced and engaged all persons, regardless of race, creed, gender, or nationality.”