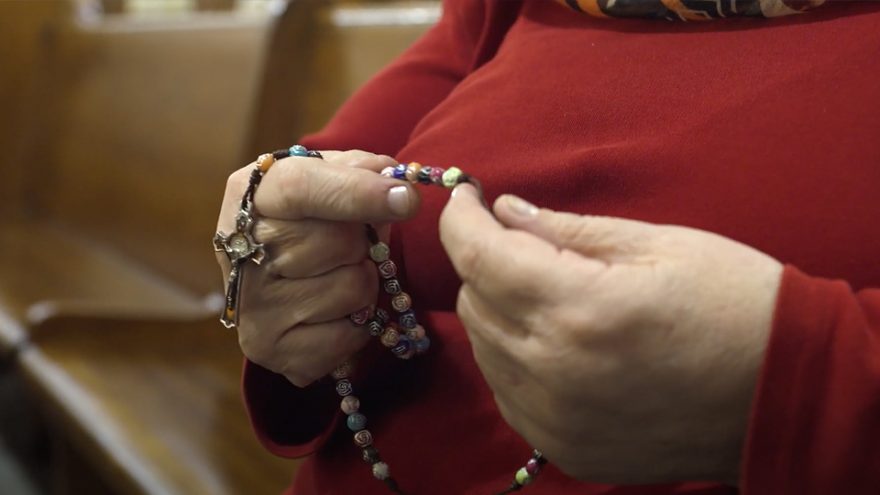 Online classes, online meetings, online yoga—it seems like just about anything and everything is being made available online these days, thanks to a pandemic that necessitates physical distancing.

But what does that mean for the arts, where listening to a concert or watching a play in person makes the experience so rich? How have directors and producers adjusted? For Melissa Lourie, founder and artistic director of the Middlebury Acting Company, that has been her concern since last March. Without the stage, and loath to try to produce plays on Zoom, a limiting platform at best, she has worked to come up with ideas for entertaining, virtual performances.

In the fall she turned to the written word. “We have so many talented writers in Vermont,” she says. “I thought about getting some to write short monologues and then filming them. I approached famous local writers like Jay Parini, Julia Alvarez, and Chris Bohjalian, and to my great delight, they all gave me material.”

When it came to a topic for the monologues, she veered away from COVID and the current state of affairs, and instead wondered what life would be like 10, 20, or 30 years from now? “So I asked these writers to create something set in the future and keep it to about five minutes.” She titled the resulting project “Flash Forward: Voices from the Future.”

With a deep well of talent at the College, and indeed, around the state, Lourie found plenty of great material to work with. From Middlebury, she received powerful scripts from Parini, D.E. Axinn Professor of English and Creative Writing; Alvarez ’71, writer in residence emerita; Dana Yeaton ’79, associate professor of theatre; and Rob Cohen, professor of English and American literatures and creative writing. In addition, she asked Peter Hamlin ’73, Christian A. Johnson Professor Emeritus of Music, to create the music and sound that would tie all the monologues together in a final presentation.

Once she had eight monologues in hand, she found the actors and directors she felt would be right for each piece. The next hurdle was to find a way to turn the vignettes into short film pieces. Once again, the College was able to provide the talent. Through a connection she learned about Fayza Shammin ’20.5, a film/psychology major and accomplished filmmaker who had access to the state-of-the-art equipment owned by Middlebury.

Shammin was intrigued by the project and the prospect of working with the team, but she was a little wary about the scope of it all since she was still a full-time student. However her first conversation with Lourie went well. Shammin says, “I felt reassured that as ambitious as our timeline was, I would be working alongside truly talented writers, actors, and directors whose stories were not only special but relevant to our current moment.” She adds, “I was most excited by the concept of creating an anthology rather than a true series. The way these films thematically relate to one another is all the more powerful given how much they vary in content.”

Shammin was in charge of the cinematography and editing of all eight films, including all of the effects/motion graphics and title sequences. Filming took place over the month of November at locations within a small radius in town, due to her quarantine protocols. In December she went back to get the extra shots she needed and, by the end of January, she had completed the films. She says of the process, “None of the pieces turned out exactly according to script primarily due to the time limitations. However, I think all of the films turned out stronger once cuts were made because our teams were forced to go back and forth in editing sessions—sparking creative rearrangements we would have never landed on otherwise.”

“Fayza is mature beyond her years,” Lourie says. “At first we looked into hiring a professional filmmaker but it was too much for our budget. Fortunately for us, we got this wonderful student who has professional level skills and made the time to work with us. I knew very little about filmmaking, so I had to rely on Fayza’s judgement about most every decision we made. I discovered that the real magic of filmmaking happens in the editing room, and Fayza is particularly interested in and expert at that aspect.”

The project had its debut on February 6 in coordination with the Town Hall Theater. You can watch all of the monologues here on the Middlebury Acting Company’s YouTube page.