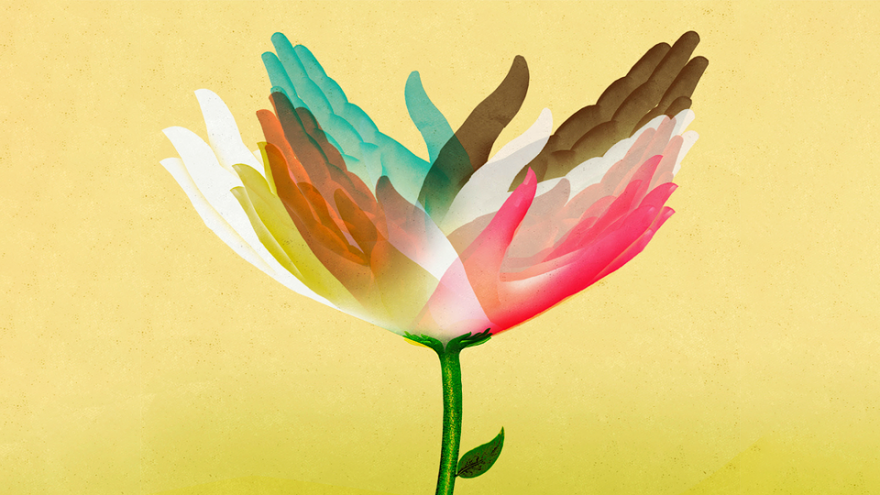 Hieu Nguyen ’23 was touched when he heard the story of Ms. A in Bomet, Kenya. Suffering a brain hemorrhage, she was taken to Longisa Referral Hospital for treatment. But like many hospitals in Kenya, Longisa suffers from a lack of physicians and specialists, so the internal medicine doctor, Dr. Weldon Kirui, was faced with caring for Ms. A. He stood in the operating room, not knowing what to do to save her, not being trained in neurosurgery. In the end he made the difficult decision to “open and sort it” because he was her only hope. She survived.

Hieu has long had an interest in improving health care for people in rural and underserved areas in the world, beginning with a concern for indigenous minority people in his native Vietnam. He connected with Dr. Kirui through the alumni network of his United World College in Canada and became intrigued with looking for ways to address the challenges Dr. Kirui described to him at his hospital in Bomet, challenges that are a constant throughout Kenya.

“The Social Entrepreneurship Program supports social impact projects for the fellows and changemakers in the cohort,” says Jessica Teets, professor of political science and the faculty director of the program. “Students apply as sophomores and for three years are supported by the program to help achieve their project goals through one-on-one meetings and group sessions, workshops and classes, and work with professional mentors, faculty, community members, and people involved in the areas of interest to the fellows.”

Hieu’s project was to cofound a physician mentorship program that uses telehealth to support the medical workers at Longisa Referral Hospital. He began working to build an infrastructure of volunteer physicians who could particularly help Longisa from afar with immediate needs in dialysis, cancer, and critical care services. But he ran into issues of healthcare privacy. “Health privacy is a huge deal and we would not have governmental approval if we did a Zoom clinic,” he explains. One aspect of the Social Entrepreneurship Program is learning how to network, so Hieu looked online to connect with established NGOs or companies with approval for telehealth solutions. He contacted World Telehealth Initiative, a nonprofit providing sustainable medical expertise to the world’s vulnerable communities, and found a woman who, he says, “was kind enough to talk with a kid like me and listen to my story. She was convinced and decided to help me.” The organization uses the network and virtual care devices of Teladoc Health, the leading international telehealth provider.

Hieu presented his work at Middlebury’s annual Social Impact Conference, ending with an intriguing look at the technological device built by Teladoc that had recently been sent to Kenya. A robot-looking apparatus on wheels with a computer screen for a face, it enables specialists from afar to virtually be in the operating room with someone like Dr. Kirui, assessing the needs of a patient, and giving advice and instruction to the attending physician.

The other students who presented at the conference were just as committed to their work as Hieu. The projects ranged from educational opportunities in Africa to overcoming obstacles for the disabled. Abdul Abubakari ’23 developed a project that focused on providing education for Zongo communities, settlements located mostly in Ghana and populated by migrants from the northern savanna regions and the West African Sahel. Cheko Mkocheko ’22 helped found Konnect School, a place for primary schoolchildren to listen to presentations by university students from around the world to get exposure to life beyond their towns. He had attended an underresourced public school growing up in Tanzania and felt that “education is the best tool to bring about change in developing countries.” As often happens in the Social Entrepreneurship Program, he networked with an alum, Tao “Tiger” Zhou ’98, and told him of his desire to provide this opportunity for children. “Tiger offered me Konnect Hub, a coworking space that he founded for locals in Githurai in Nairobi, for me to put my idea into reality.” Cheko also had access to funds that the Social Entrepreneurship Program has available for fellows.

Cecilia Needham ’22.5 knew from the beginning of her fellowship that she wanted to do her project in Haiti. As a Feb she had volunteered at an orphanage in Fort Jacques before coming to Middlebury, having developed a love for Haiti on visits during high school. Her original idea was to find funding for plans her Haitian friends had formed to help their communities and country. But as she developed her project, she realized that goal was too ambitious. So instead, she says, “sharing their ideas, along with the lived experience that got them there and the sociopolitical barriers they faced in realizing them, seemed like a valuable first step.” She decided to make a documentary and ground it in a Haitian voice that could show the dream a native of the country might have and the obstacles he might face. She chose her friend Wilfrid, who had the idea to plant Moringa trees on his farm and near the area he calls Big Tree. Moringa trees offer nutritional benefits, especially for treating malnourishment, which is highly prevalent in Big Tree. Cecilia was happy with how the documentary turned out, despite her lack of expertise in filmmaking. “So far it has accomplished its stated purpose in starting conversations and rewriting common narratives about Haiti. And my friends who were featured in it love it and the message that it shares—which is amazing for me to hear!”

Some students choose projects that are of value closer to home. Yardena Gerwin ’22.5, who identifies as a student with a disability, was looking to bridge the gap between college students with disabilities and the workforce. Over her three years working on this issue, Yardena did extensive research, which included talking to students on the Middlebury campus and on campuses around the U.S. She realized there was not only a lack of career resources available through higher ed institutions for students with disabilities but also a lack of urgency regarding the preparation of those students for entering the workforce. She hopes to use what she learned to help others. “I plan to synthesize my research into a best practice guide for students as well as create a separate document directed to college career centers on how best to support students.”

Isabel Linhares ’22 also tackled the important subject of services for students with disabilities in higher education. She researched care webs, a mutual aid network for people taking care of each other outside of regular social and medical services. She was hoping to begin the process of creating a care web for the Middlebury campus that students and other campus members could actively participate in, especially students with disabilities.

Often a process is more important than an outcome. For the students in the Social Entrepreneurship Program, the process involves coming up with an idea and developing a proposal that summarizes their project, tells why it matters, and explains why they care about it. They need to explain what they hope to contribute through their work, what they hope to learn, and how they can accomplish their dreams, even on a weekly basis. The program mentors give them help with managing the time of such a big project while taking other courses and give them direction when they need it. One would think the most rewarding part of the endeavor would be the fruition of their ideas. But sometimes it’s more the discoveries they make along the way.

“The most inspiring aspect of my research,” Yardena says, “was witnessing the generosity and excitement that previous generations have for a new generation of people with disabilities rising in the workplace. While many people were frank about the barriers they experienced and the prejudice in the workplace they faced, they recognize there is more opportunity today than ever before.”

Cheko says, “I mostly did administrative work at first, like sending letters to parents asking them to allow their children to attend Konnect School sessions. Sometimes I would step in to lead sessions myself. My best part, though, was sitting through the diverse sessions, which might consist of talks about science and technology, reading, math, or cultural exchanges, and watching the children openly express their curiosities about what was being presented by the guest lecturers.”

Of his project, Hieu says, “I did not build everything from scratch, nor was I the sole person involved, but I saw opportunities and found people to help. I really liked the process because it taught me to be creative. We as a young generation have to face many issues, so we need to be creative in addressing the problems.”