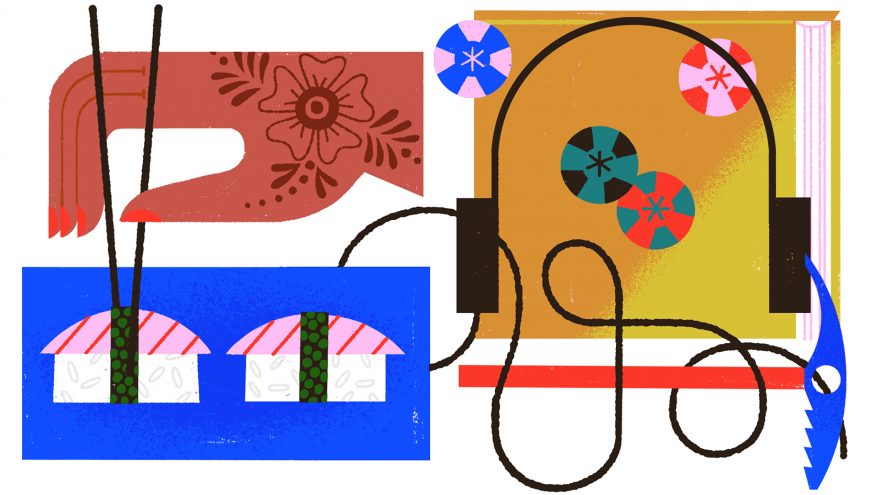 Winter term workshops are among the highlights of the monthlong term, and this year’s offerings didn’t disappoint. There were sessions for the adventurous (Fundamentals of Backcountry Skiing, Introduction to Ice Climbing), the artistic (The Art of Henna Tattooing), and the self-reflective (How to Talk about Yourself without Being the Worst, Acknowledging Bias: A Feminist Perspective on Science Rhetoric). Further, folks could learn how to play poker, log roll, swing dance, edit audio, and make sushi. And much more.

New York Times columnist Frank Bruni drew a healthy crowd to Wilson Hall, where he discussed identity politics and the importance of free speech on college campuses. Prior to his talk, Bruni joined a group of Middlebury students, faculty, and staff for dinner in Ross, during which the journalist engaged the group on specific issues of concern to the Middlebury community.

A Middlebury senior and a recent graduate have been named Schwarzman Scholars, landing two of 147 prized spots from a pool of more than 2,800 applicants. Elsa Alvarado ’18and Abdijabar Mohamed ’18.5will attend Schwarzman College at Tsinghua University in Beijing for a fully funded one-year master’s program in global affairs, starting in August 2019.

Sujata Moorti, the Charles A. Dana Professor of Gender, Sexuality, and Feminist Studies, has been named vice president for academic affairs and dean of the faculty. Moorti, who was the subject of the magazine’s Q&A department in the summer issue, teaches courses on feminist cultural studies and diasporic media studies. She will replace Andi Lloyd, who announced last spring that she plans to step down at the end of the academic year.