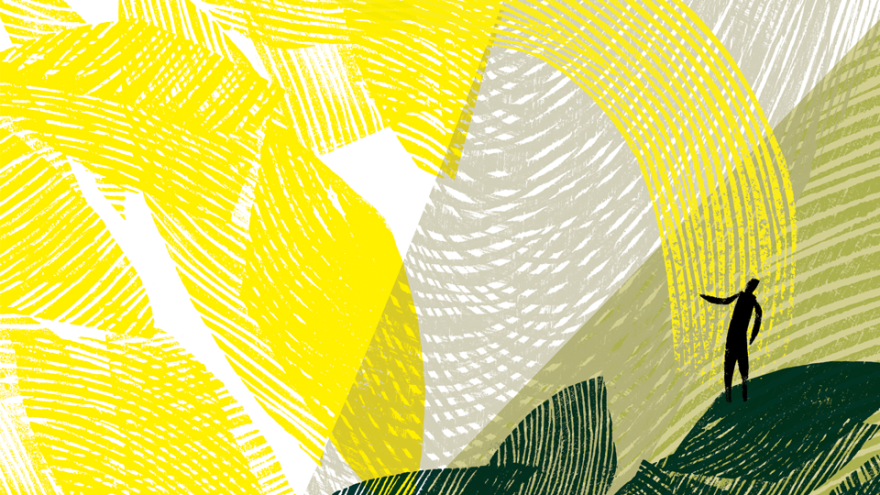 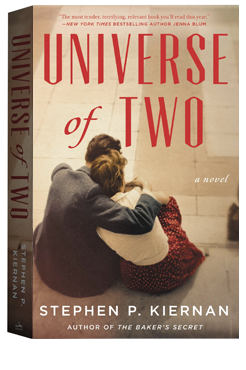 How are lives changed? As innocently as a shop bell ringing when the door opens and a new customer walks in. As ominously as discovering a new job is a classified military project.

Universe of Two, a new novel by Stephen Kiernan ’82, is the story of Brenda and Charlie, two young lovers in Chicago whose lives are changed when they meet during World War II in the music store owned by Brenda’s family. Brenda is a talented organist whose plans to go to the Oberlin Conservatory of Music are waylaid by the war. Charlie is a skilled mathematician and precocious Harvard graduate who has arrived in Chicago to work at the Metallurgic Lab at the University of Chicago.

Through alternating narratives, the story of their courtship and the changing trajectories of their lives unfolds. With Brenda’s father and brother off supporting the war effort, both she and her mother are drawn to Charlie’s good intentions. But with what she later describes as an “overinflated sense of myself” and Charlie’s need to keep the details of his job in the lab secret, their romance quickly becomes complicated.

Charlie’s promotion to a new, secret outpost in Los Alamos separates the pair and requires Brenda to come to terms with both her ego and her musical aspirations. At the same time, Charlie begins to face the moral implications of being on the team that is building the atomic bomb. Is it necessary to end the war with what they call the Gadget? And even if it’s necessary, must he carry on with his part?

“Seldom, if ever, has a war ended leaving the victors with such a sense of uncertainty and fear, with such a realization that the future is obscure and that survival is not assured,” wrote Edward R. Murrow in August 1945 after the dropping of the bombs. By basing the central character of Charlie on the life of the mathematician Charles B. Fisk, who worked on the Manhattan Project, Kiernan roots his plot in history while also crafting both a poignant romance and a compelling tale of conscience that grapples with this uncertainty and fear.

Universe of Two gives readers the opportunity to experience this history through the individual perspectives of two young, initially naïve, and ultimately sobered people who each witness their worlds—and the whole world—changing forever and determine how to carry on, together.