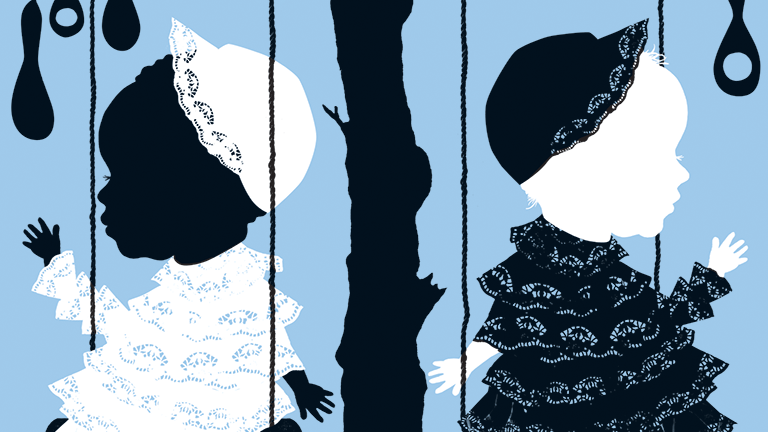 The drama that unfolds in the first few pages of The Twelve-Mile Straight, the newest novel from Eleanor Henderson ’01, lays the groundwork for an epic, riveting story about life in the Deep South of 1930: a young woman gives birth to twins—a girl who is “pink as a piglet” and a boy who is “brown”—and a black man is lynched and dragged behind a truck down the road known as the Twelve-Mile Straight. The events that follow delve into racial injustice, gender inequality, and class divide, topics that are as timely today as they were then.

Eighteen-year-old Elma Jesup is the mother of the twins, or so we are led to believe. But we learn that this is just one of the many lies and secrets that abound in the Jesup household, whose members include Elma’s father, Juke, a sharecropper, and Nan, their young black housekeeper. Juke, for reasons of his own, declares that the twins come from two fathers—Elma’s white fiancé, Freddie Wilson, and Genus Jackson, a black hired hand on the farm her father sharecrops, who Juke claims raped his daughter. This accusation leads to Juke and Freddie lynching Genus, and the reverberations from the birth and the death drive the narrative to the very end.

Henderson has created characters whose vivid backstories give them complexity and definition. The two girls, Elma and Nan, who live like sisters within the world on the farm, struggle in their hardscrabble life against a dominant white man’s world and the endless demands of poverty. Juke, though a white man, is clearly drawn as the pawn of the more powerful white man who owns the farm, and he finds his own power in running a lucrative, illegal gin distillery and clinging to the prerogatives of his race and gender. The interactions between men and women, rich and poor, black and white offer a mesmerizing and disturbing portrait of life during the era of the Depression and Prohibition in Jim Crow South.

Henderson’s childhood was filled with stories of her father’s upbringing as the son of sharecroppers in southern Georgia in the 1930s. Fascinated, she wanted to recreate what seemed like the innocent rural community but also to fracture it to expose the darker currents she knew ran through it. She has done so convincingly, with descriptions in beautifully written prose that stand starkly next to the dark, unsettling events that are part of life along the Twelve-Mile Straight.