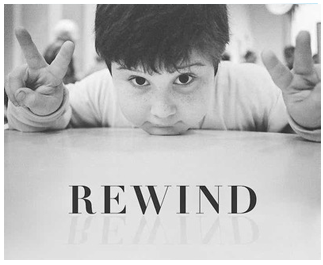 Tom Winston ’99 is the executive producer and producer of the documentary Rewind, a film directed by Sasha Joseph Neulinger. When Neulinger was a boy, it came to light that he may have been abused. The police were brought in and culprits were identified, but for Neulinger, telling this story is his way to try to remember what happened. The structure of the documentary is such that the viewers watch the story unfold along with him as the fogginess of his memories begins to clear. The beginning of the film shows home-video footage shot by Neulinger’s father, who was a camcorder enthusiast. We see a disarming, innocent boy doing the playful things a child does until suddenly he changes, and we wonder why. Within this dark mystery, Neulinger is the detective attempting to sort out his own childhood with interviews and with the video footage, which begins to reveal disturbing information around the edges. The horrific nature of child abuse is detailed in terrifying focus, and it’s shown how cyclical it can be within a family. But by putting a lens directly on a subject that is often hidden in darkness, Neulinger and Winston just may be helping to diminish its power. 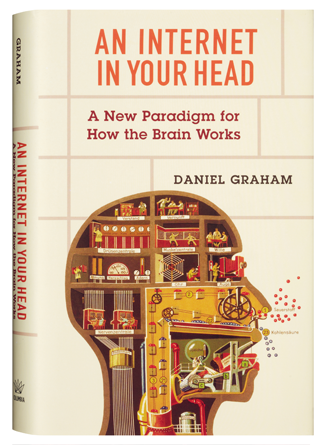 AN INTERNET IN YOUR HEAD

An associate professor of psychology at Hobart and William Smith Colleges, Daniel Graham ’01 has written an insightful and informative perspective on how the brain functions in An Internet in Your Head. For neuroscientists, thinking of the metaphor of the brain as a computer has defined the field for much of the modern era. However, Graham contends that the brain is not like a single computer but is a vaster system of communications, like the Internet. It’s not completely understood how the brain routs its signals across its entire network but thinking about it in this new paradigm may help to uncover more information about how it functions. Anyone interested in how the brain works will find this engaging tour of brain science and where it might lead next fascinating. 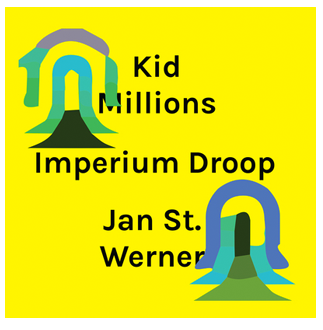 Drummer John Colpitts ’95 (a.k.a. Kid Millions) and electronic musician Jan St. Werner have had an ongoing musical dialogue since 2016, when Werner invited Colpitts to perform an interpretation of his Felder album in a series of curated concerts around the globe. After this first collaboration, the duo slowly developed a wealth of recorded material together that became the foundation of their debut album, Imperium Droop.  With a mix of improvised performance and deliberate studio composition, all meticulously edited and arranged by the duo, they have produced what thrilljockey.com says is “an incomparable work of gripping and intrepid sonic fluctuations.” 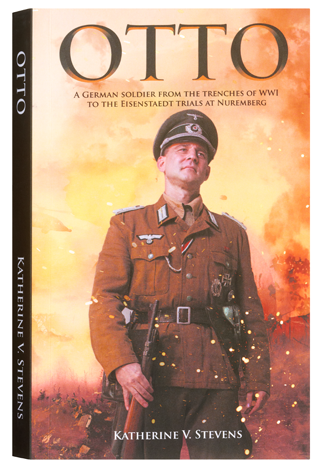 In her compelling new novel, Katherine Stevens, MA English ’85 tells the story of Otto, a German teen who runs away from home during WWI to serve in the German Army. Stevens convincingly describes his time in the trenches with his fellow soldiers, in particular one first lieutenant who influences him greatly. Otto follows this man into the brown shirts, and then the black garb of the Nazi SS, and vows to serve his country. Blindly believing in Germany and its causes under Hitler, he does what is asked of him. Through the voices of different characters, we learn about Otto’s past from before WWI through WWII. Interwoven throughout are scenes during the Nuremburg Trial, which Otto deems a travesty until unknown details come to light, and he finds himself on trial. Stevens has meticulously researched this tumultuous time in Germany and fills her story with details that bring that time to life. 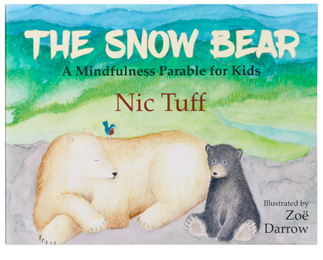 In The Snow Bear: A Mindfulness Parable for Kids, author Nic Tuff ’99 has crafted a story that he hopes will help children learn the mindfulness skills and strength to navigate fearful emotions in a world of great social and environmental change. His main character, Barry Bartholomew, is a sensitive young bear cub who learns how to understand the forest from his naturalist grandmother. Her talk of forest fires, however, causes Barry to dream a large fire will destroy his world. Only the help of the spirit bear, called the Snow Bear, who teaches Barry the art of mindful living and compassionate understanding, leads Barry to a place of fearlessness. In this tender tale, children can find the comfort and strength they need to face their fears of things out of their control.