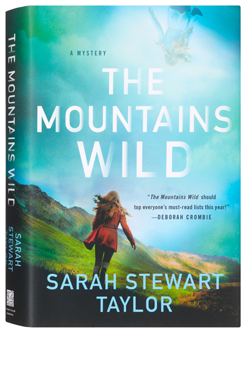 Sarah Stewart Taylor ’93 has returned with a captivating new mystery, The Mountains Wild. The author of the Sweeney St. George mystery series introduces another strong female character in homicide detective Maggie D’Arcy, who sets out to try to discover what happened to her cousin, Erin, in Ireland 23 years ago when she went missing during a visit there. The narrative moves back and forth through Maggie’s life growing up with Erin in New York, her first trip to Ireland after Erin’s disappearance, and her return trip 23 years later after Erin’s scarf has been found and another young woman is missing. In beautiful, suspenseful prose, Taylor weaves a tale of family love, secrets, lies, and plot twists. 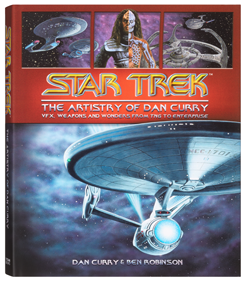 Star Trek fans will be thrilled to learn that a new book is out that gives a behind-the-scenes look into the incredible visual effects and amazing designs that were created for the series from The Next Generation to Enterprise. Dan Curry ’68 spent 18 years designing, directing, and conceptualizing with the Star Trek team, as the world of visual effects evolved from what he says was “akin to medieval alchemy” to computer algorithms. In this beautiful, colorful book full of photographs and illustrations, Curry’s goal is to discuss the various techniques used to create the spectacular effects for the different episodes and share his personal experiences, including the secrets to some of his own favorite creations. 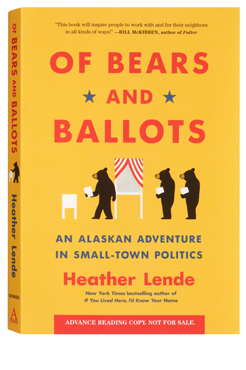 OF BEARS AND BALLOTS

Heather Vuillet Lende ’81 has written several entertaining books about the people and events of Haines, Alaska, and with Of Bears and Ballots, she turns her lens on the political side of the small town. After the election of 2016, Lende was moved to become involved in local politics and won an election as an assembly member. She soon learned that small-town politics are not as uncomplicated as they might seem, but rather can reflect larger issues playing out in our nation even though what the assembly tackles is particular to Haines: like debates about the expansion of the fishing boat harbor and a matter of how to stop bears from rifling through garbage on Main Street. Lende’s humorous, compassionate narrative blends tales about quirky citizens, a strong yet sometimes divisive community, and the politics of a borough assembly at work. 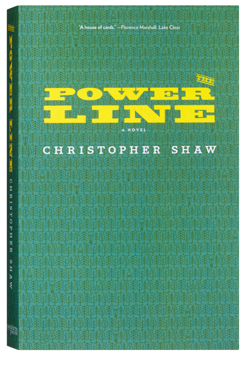 In this compelling novel, Chris Shaw, former visiting lecturer in creative writing, engages the reader with a tale that takes place in the Adirondacks of New York in the years following World War I. Intriguing characters, fully developed; the beauty of the region, described in elegant details; the historical events, including Prohibition and tuberculosis, are all woven together with Shaw’s clear and empathetic prose. Once an editor at Adirondack Life, Shaw has a strong sense of the area and the people who live there. The Adirondacks themselves become another character in the story, as the lives and events of the individuals are shaped by the landscape that holds them. Shaw is a natural storyteller and The Power Line is an enjoyable read. 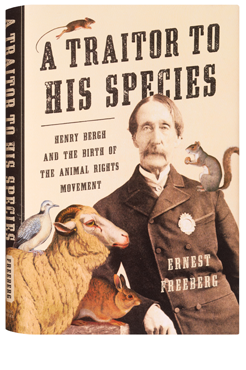 A TRAITOR TO HIS SPECIES

A keen sense of the rights of animals is an integral part of society in America today but it wasn’t always the case. In the second half of the 19th century, people and animals lived in close proximity in the cities of the Gilded Age, often in conditions of filth and disease. Abuse and exploitation of animals was common, with no repercussions. In A Traitor to His Species: Henry Bergh and the Birth of the Animal Rights Movement, Ernest Freeberg ’80 tells the story of the man who sought to protect animals, and in 1866, founded New York’s American Society for the Prevention of Cruelty to Animals, the nation’s first animal anticruelty organization. Never easy, his crusade included battles with teamsters and turtle dealers, circus managers and cockfighters, and butchers and surgeons. Filled with colorful events and characters, including P. T. Barnum himself, Freeberg’s book explains the social history that led to the way we relate to animals today. 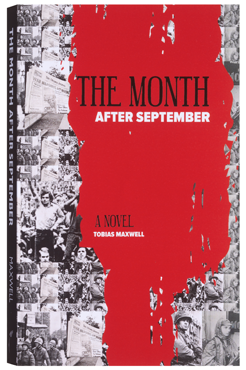 THE MONTH AFTER SEPTEMBER

Using the tragedy of the October Crisis in Canada as a backdrop, Tobias Maxwell, School of Japanese ’85, tells the captivating tale of Ontario teenager Peter in this coming-of-age story. After Peter meets and is influenced by Jean-Louis, a young man from Montreal, he allies himself with the Front de libération du Québec, the group that kidnapped the provincial deputy premier, Pierre Laporte, and the British diplomat, James Cross. Maxwell weaves Peter’s story of self-discovery with the dangerous historical events that change Peter’s life, as he negotiates falling in love and finding his own voice. Maxwell’s narrative is tightly paced yet compassionate and his characters fully realized. 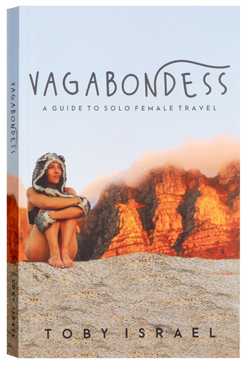 Toby Israel ’14 began traveling by herself at age 17 when she moved to Paris for a gap year before college. Since then she has traveled solo in Nepal, Southeast Asia, Europe, Africa, and a myriad of other places, discovering in herself not just the adventurer but the vagabondess, the wanderer. In Vagabondess: A Guide to Solo Female Travel, she endeavors to give woman not only practical advice but also the encouragement to pursue their dreams. Through her own experiences of travel and self-awareness, she writes to empower women to grow wings and just go without the inhibitions of uncertainty, worry about safety, or the feeling that staying home is just plain easier. Her writing style is welcoming and hopeful and confident. If ever you have dreamed of adventure, this guide will help you find it. 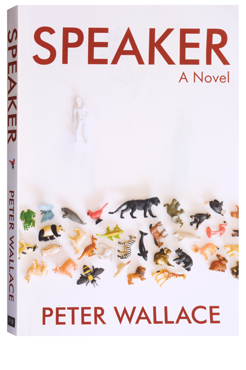 In his debut young adult novel, Peter Wallace ’76 writes about grief, love, and growing up. His main character, 14-year-old Hamish Taylor, moves to Brooklyn, N.Y., from rural Pennsylvania with his mother after his father dies. In the unfamiliar world of the city, he learns that he is a Speaker, one of the rare individuals who over the centuries has emerged during crises in the world and has the ability to speak with animals. Wallace has created an enchanting yet significant story that is part fable and part adventure, with intriguing characters that include stressed-out parents, Russian mobsters, and eccentric chess players as well as foul-mouthed birds, dim-witted dogs, and a mysterious panther who lurks in Brooklyn’s Prospect Park. Readers will be captivated by Hamish’s journey. 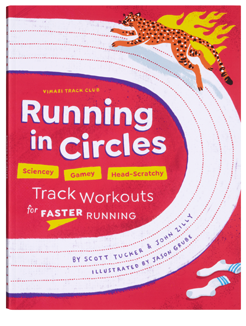 A longtime runner, Scott Tucker ’86 is well aware that to become a faster runner, one thing you need to do is intervals. But intervals, at best, can be boring and repetitive. Tucker and his coauthor have created this beautifully illustrated guide whose subtitle reads Sciencey, Gamey, and Head-Scratchy Track Workouts for Faster Running. They’ve developed longish intervals with fun names like “Limerick Challenge” and “Beware the Pterodactyl”; mediumish intervals like “Vacation to Mercury” and “Tour de Hurt”; and shortish intervals like “Mountaintop Lightning” and “I Yam Popeye.” But despite the humorous titles and illustrations, the workouts are well-thought-out and effective. Even if you are not a runner, you will enjoy reading this book, and if you are a runner, you will find it extremely useful. 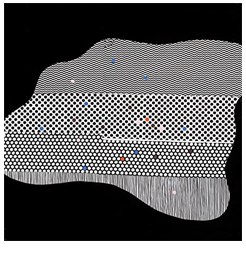 The duo Million Lands is comprised of John Colpitts ’95 (Kid Millions) and longtime friend Ben Lanz. For years the two have been jamming in Lanz’s basement, Colpitts on drums and Lanz layering bass, trombone, and guitar with digital loop pedals. Improvisational in nature, the performances would be recorded so the musicians could pick out the music they found interesting. Colpitts says, “Turns out that the music that was most compelling to us sounded like a very twisted version of Dub Reggae—or maybe Dub crossed with The Cure.” Now the rolling-tape sessions have resulted in the first album for Million Lands, The Ochre World, released on April 24 by Ernest Jennings Records. The duo turned to Midd grad Dan Schechter ’96 for the art. The album can be found on Bandcamp.