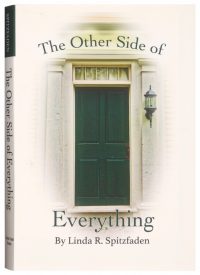 The Other Side of Everything

In this debut novel, Linda Ruth Spitzfaden ’77 introduces Piper Hammond of Riverboro, N.H., a woman who has a perfect view of what’s going on in town from the third floor of her family’s historic home. Owner and editor of the regional magazine Riverboro Rocks, she decides to start a blog writing about the ins and outs of town life. That life turns upside down when a major snowstorm hits and Piper’s peaceful home is suddenly filled with displaced monks and unexpected predicaments that need to be worked out. Spitzfaden creates believable characters dealing with all the twists and turns of human relationships and coping with the consequent impacts on their lives. 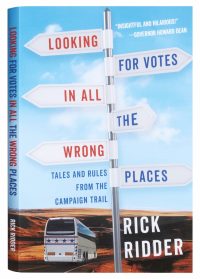 Looking for Votes in All the Wrong Places: Tales and Rules from the Campaign Trail

Longtime political strategist Rick Ridder ’76 has been at the center of some of America’s epic political battles and has the stories to prove it. In this book of “rules of campaign management,” he relates entertaining and mostly true tales from his many years of advising on numerous campaigns, from those of Congress and presidential hopefuls to local candidates to international heads of state. He introduces the reader to unforgettable characters, such as the state legislature candidate who knows he can win because of his international reputation as a judge in cat competitions. Through his many, often hilarious, stories, Ridder shows the vagaries of the campaign trail that rarely appear in the mainstream media. 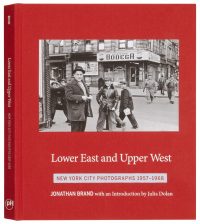 Compiled for the first time, the lively and artistic photographs Jonathan Brand ’55 took in the late ’50s and the ’60s of everyday life in New York City demonstrate his talent at freezing moments in time in the neighborhoods of that fascinating place. A prolific photographer who took many of his photos as he walked the streets, he had a perceptive eye that captured split-second juxtapositions, gestures, and emotions of people navigating life in the urban environment. Each photo tells a story of its own and reveals much about the cultural and social activities of the era. A journey through this intriguing book is at once heartwarming, humorous, and poignant.

Masha Nordbye ’78, who has traveled extensively throughout Russia and the republics of the former Soviet Union, has compiled a wealth of information about Russia’s two great cities and the regions around them, including the Golden Ring, a series of ancient Russian towns in the beautiful countryside near Moscow. Her comprehensive book includes historical overviews, guides to cultural sites, literary excerpts, photographs and maps, and the usual factual information a traveler needs to navigate unfamiliar territory. A recipient of the Lowell Thomas Award for “Excellence in Travel Journalism,” Nordbye has created a must-read guidebook to one of the most fascinating places in the world to visit.