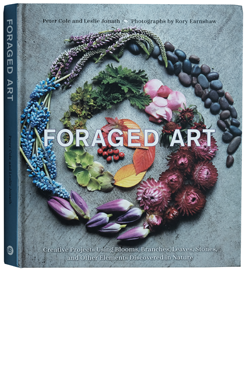 “The color of flowers, the shapes of leaves, the patterns in clouds, and the brilliance of light have all inspired artists throughout time.” So begins this intriguing art book by Peter Cole ’87 and Leslie Jonath ’87. Using elements foraged from nature, the authors have created more than 35 hands-on projects that incorporate color, form, and texture to produce beautiful, vibrant works of art. Whether pressing bright yellow dandelions into the long crack of an old tree trunk or making mosaics on the beach of found glass, stones, or shells, these projects become compositions of the moment, meant to be found by others before they eventually disband. Colorful illustrations accompany the instructions along with quotes by artists on nature and creativity. 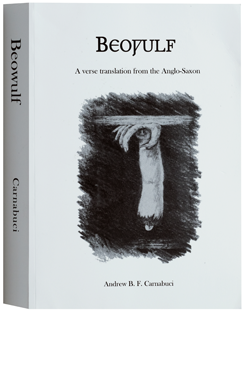 Trans. by Andrew B. F. Carnabuci

Andrew Carnabuci ’06 approaches his translation of Beowulf, arguably the first great work in the English literary canon, with a deliberate process in order to let the poem be read as it is meant to be read. He follows three guiding principles: first, he attempts to stay true to the Anglo-Saxon language it was written in during the eighth century—a language already archaic at the time—by carefully choosing words to preserve the artificial diction of the poem; second, he preserves the meter of the work, which he says is intricately alliterative and written in two halves with a break; and third, he emphasizes that the language is Anglo-Saxon, derived from Northern and Germanic languages and not from Latin roots. The result is an important new look at this enigmatic heroic-elegiac poem, which has elicited many studies and translations over the years. 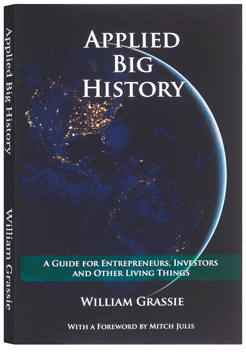 Using a diverse group of disciplines, which include the sciences, informatics, anthropology, chaos, and innovation, to name a few, William Grassie ’79 has written a guidebook for readers to better understand and practice economics, business, and finance in a rapidly changing world. He attempts to achieve this goal through the lens of Big History—a metanarrative that captures the 13.8-billion-year journey of our universe, the 4.5-billion-year evolution of our planet, the million-year rise of our species, and the 10,000-year accelerating drama of human civilization. By looking at the journey of the universe through multiple perspectives, Grassie creates a useful and compelling framework for daily life that gives not only investors and entrepreneurs but every reader a competitive edge in an uncertain world. 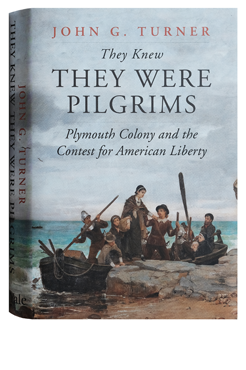 THEY KNEW THEY WERE PILGRIMS

In this informative, sweeping history of Plymouth Colony in Massachusetts, John Turner ’96 moves beyond the well-known stories of the Pilgrims who settled there and offers a more complex and thorough narrative of their place in American history. Rejecting the extremes of depicting the Pilgrims as courageous saints who came to the new world to worship God as they wanted or as religious zealots who persecuted dissenters and Natives, he delves into what their legacy truly is in terms of how they interpreted and fought for liberty in early New England. Using underutilized sources during his original research, Turner has produced a fresh take on the emerging colonial world of the 1600s.