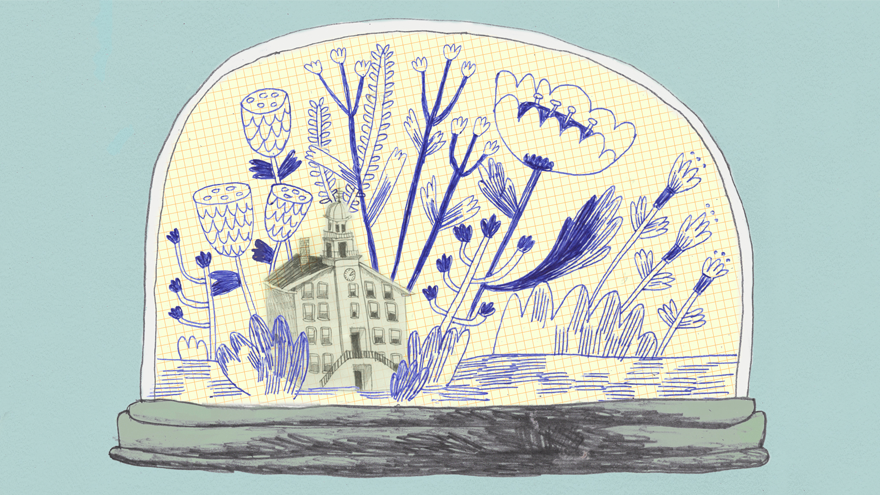 Whenever I’ve heard people refer to a—or, more specifically, the—“Middlebury bubble,” I’ve generally had a negative impression of the term; until recently, I assumed most folks did, too. A bubble implied an impermeable barrier that shielded people (read: students) from the so-called real world, while also creating an echo chamber that amplified groupthink.

Gross generalizations aside, sure, if one chooses a limited worldview in service of personal comfort, then yeah, a bubble is a bad thing. (Though are we talking about a personal bubble here, or a community’s?) And I generally agreed with the premise that any type of bubble was restrictive.

A few weeks ago, I was in a meeting in which folks were discussing the findings of a series of focus groups involving Middlebury students. The phrase “Middlebury bubble” came up—but get this: it was in a positive context.

The students in one particular group had backgrounds placing them far from Vermont—they came from large urban areas in various parts of the country; they came from abroad; some were the first in their families to attend college. And when they talked about a “Middlebury bubble,” they spoke of reassurance, of opportunity, of possibility.

To them, the bubble was not a barrier but a portal and an incubator. Once fearful that they would be cut off from the world if they went to school in Vermont, these students learned that the bubble helped bring the world to them, whether that was DeRay Mckesson speaking on campus or a three-day symposium on societal unrest in 1968.

While these students allowed that the bubble did offer a sense of comfort, it did so not as a shield protecting one (or many) from ideas different than their own, but as a safety net that encouraged such challenging confrontations. That is, within the bubble there exists support for a kid who had never been away from Los Angeles to try ice climbing or one terrified of public speaking to enroll in an oratory course. In these scenarios, the bubble serves as a conduit for challenges, instead of as a barrier.

So, my thinking has changed a bit. Has yours?