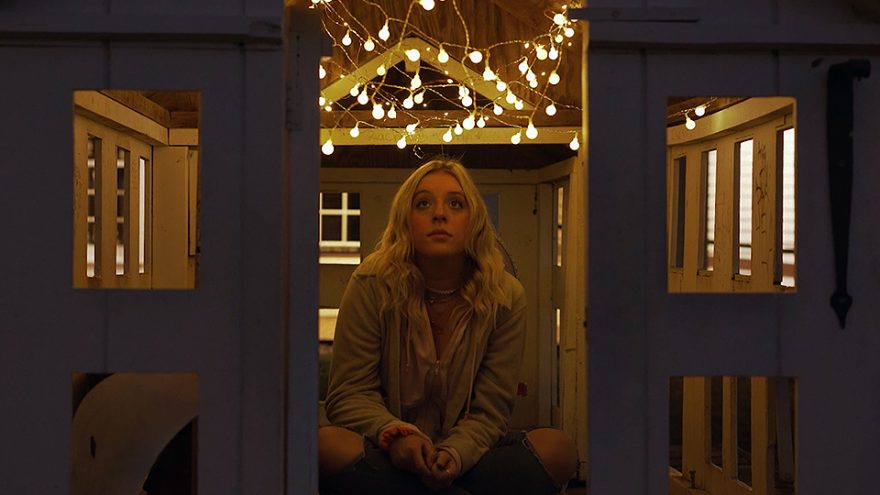 Much to the delight of filmgoers, the Middlebury New Filmmakers Festival is back in person for its seventh season this summer during the weekend of August 25­–29. Talented filmmakers from the Middlebury College community are well represented in the usual outstanding lineup of films.

In July, the festival announced that its opening night film would be Storm Lake. Directed by Beth Levison ’91 and Jerry Risius, Storm Lake tells the story of the people of the rural Storm Lake, Iowa, farming community who confront a changing and precarious existence. Through the biweekly newspaper the Storm Lake Times, journalist Art Cullen and his family strive to unite and inform their beloved hometown with the power of words as it fights for survival. Levison, an award-winning producer and director based in New York City, has brought several films to the festival in previous years, including Personal Statement, which was the opening night film in 2018.

The festival also recently announced that feature documentary Alaskan Nets, directed by Jeff Harasimowicz ’07, has been chosen by the MNFF jury as the Best Documentary Feature this year. Harasimowicz had never considered being involved in documentaries, even though he was a film and media culture major. He spent a year and a half working at the Weinstein Company in New York City but became disillusioned with the entertainment industry and was preparing to leave when a new opportunity led him to rethink his plans. As his last project, he helped produce, market, and distribute the documentary Undefeated, which won an Oscar for Best Documentary.

In the years that followed, he says, “I started dipping my toe in the documentary space. I was looking for a story I could tell myself, one that spoke to me the way Undefeated did. One day, I stumbled across a photo essay about this place in Alaska called Metlakatla. I was shocked to learn it was the only Native Reserve in Alaska, was full of high schoolers who were also commercial fishermen, and, most improbable of all, had an island-wide basketball obsession that went back more than a century. I knew pretty much on the spot that this was the story for me. Once I reached out to the community and started visiting the island and meeting the people, it was clear as day that this was where my path had led.” He tells the story of two cousins who lead their team and town in search of their first state championship in more than 30 years—the only thing that will bring life back to an island that has been rocked by tragedy. “You couldn’t have scripted what happened during the time I decided to make this film. It was a long, long road full of risk, challenge, and heartbreak, but it was also without question the best and most rewarding experience of my professional life.”

Another film to receive recognition is Just Being Here, directed and produced by Matteo Moretti ’21. The documentary tells the story of Walter, who lives alone on a wooded property in Vermont and hasn’t ventured more than a half-mile from his house in 10 years—but this is where he seeks peace. He walks the same paths, reads the same books, and yet finds a new presence every time, teaching us vulnerability and compassion through a special friendship. Moretti’s documentary is the winner of the Shouldice Family Prize for Best Vermont-Made Film.

The Price of Safety, a documentary with many Middlebury ties, is a must-see for anyone following the national conversations about over-policing and racial bias issues. Through the events of the small community of Vergennes, Vermont, the film shows how the Black Lives Matter movement can play out in places other than the big cities. In this mostly white community, a startling fact is revealed: the police force has some of the worst racial bias in the state and possibly the country. The film is directed by Chris Spencer, former videographer for the College’s communications team, and coproduced with Erin Wolcott, assistant professor of economics. Other members of the College community involved with the project include assistant producer Zoe Kaslow ’15; faculty member Amit Prakash, visiting assistant professor of global studies; and alumni David Small ’09 and Nial Rele ’12.

The festival also includes several noteworthy short narrative films. Mia Fichman ’19 is the writer, director, and coproducer of Some Kinda Love, which explores the growing pains of love and friendship as childhood best friends Jules and Joey roam around their small Vermont town one night. Another short not to miss is BBQ&A with Billy Day, written by Dana Yeaton ’79, associate professor of theatre, and actor Ro Boddie, who stars as Billy in the story that takes place in 2040, just days before the U.S. Census results come out. Billy hasn’t given the census much thought, until halfway through his call-in cooking program when a worried caller confronts him with a question he can’t ignore. The film was part of the project “Flash Forward: Voices from the Future,” produced by the Middlebury Acting Company during the pandemic, with Fayza Shammin ’20.5 in charge of the cinematography and editing.

Find out more at the festival website, where you can read about the various films, watch trailers, and buy tickets.