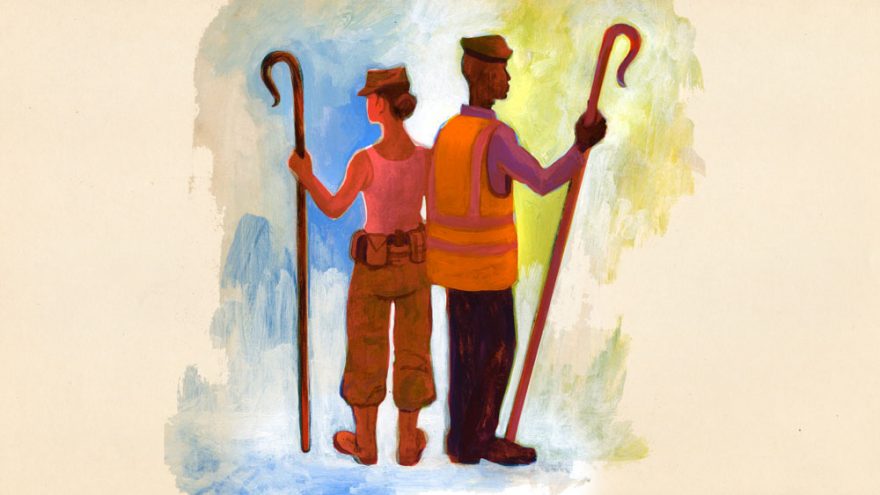 Muffled cracks and pops in the distance woke me despite the earplugs I wore to drown out the generator’s loud hum just outside my door.

“Thunder,” I rationalized as I tried unsuccessfully to drift back to sleep.

The next morning I found my boss standing just outside his room, deep in thought.

“Some thunder that was last night. . . . ?” I said, my intonation falling somewhere between a question and a statement.

“That, my dear, was the start of a civil war,” he replied.

It was December 16, 2013, in South Sudan, the world’s newest country. I had come here two months earlier to work with a humanitarian organization, hoping to be helpful. Now I was being told to prepare to evacuate.

Despite the danger, our cook continued crossing the city each day to ensure we had food. “It’s my duty,” she answered when we encouraged her to stay home. “God is watching over me,” she added as she departed in the evening, only to return the following morning.

Our security guards were unarmed but remained faithfully with us. “How is your family?” I asked one guard after he had an opportunity to return home.

“Somehow,” he answered. “Somehow” is an expression used in South Sudan that fits into the universal category of inexplicability also occupied by mas o menos, comme ci, comme ça, and “so-so.”

Three days later I was at the airport, feeling helpless. This was compounded once I entered the terminal, where people waving passports of every nationality were trampling one another.

I quickly set my sights on the exit, only to be shoved over a pile of luggage into a police officer who double flat-palmed me in the upper chest back the other way.

A security guard saw my distress and cleverly motioned for me to climb under a wire fence to escape. Lifting my luggage over it, he pointed to where I might find the U.S. evacuation flight.

I eventually found it. Our fearless leader, a U.S. Marine not a day over 25 and limping around in an air cast, was cute as can be yet tough as nails. Her severely sunburned shoulders hinted that today was merely a déjà vu for her: she had spent the day prior organizing the first round of evacuations.

“Dancing in high heels at the Marine ball in Juba!” she answered with pride and a giggle when I asked her how she had injured her ankle. Mid-giggle, she suddenly barked: “EVERYONE STAY IN A SINGLE-FILE LINE!”

The evacuation line, which had been growing its waistline by the moment, immediately transformed into an organized row of dominoes.

South Sudanese airport employees continued to work around us, graciously facilitating evacuations yet with no way out of this mess themselves. “You found your PEEEEEEEEOPLE!!!!” the security guard who had helped me earlier exclaimed joyfully while passing by. I chased after him to thank him profusely.

A full day passed in the domino line under the blazing sun before the U.S. Marine was authorized to guide us (U.S. citizens, green-card holders, and all foreigners who could fit) to a plane chartered by the U.S. government to evacuate us to Nairobi, Kenya. As we departed, she turned back to repeat today again tomorrow.

Weeks later the fighting moved north and my organization permitted me to return.

“You came back!” my South Sudanese colleagues exclaimed, embracing me with giant bear hugs, laughter, and pure delight.

In the face of war, countless faces of love. Enduring. Somehow.