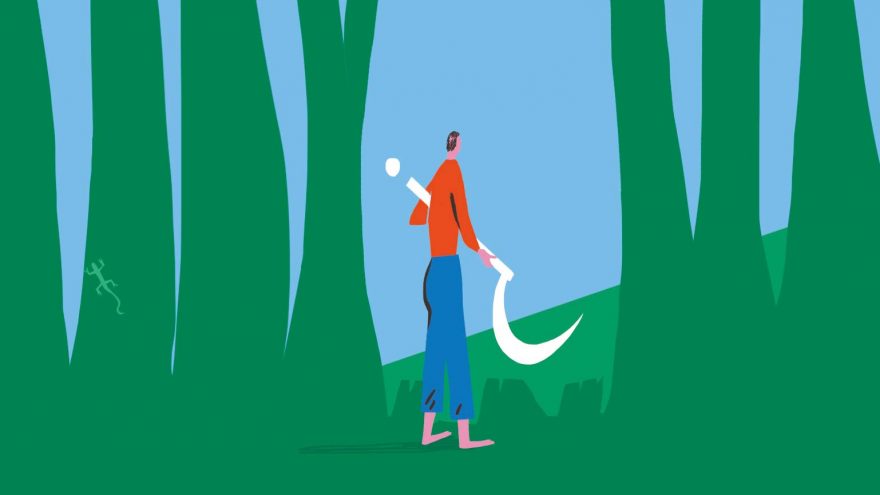 In his new book, Ask More: The Power of Questions to Open Doors, Uncover Solutions, and Spark Change, Sesno argues that the world would be a better, safer, more humane place if everyone learned to ask questions like a journalist—and really listen to the answers. Technology has created a “quick-hit, search-engine culture,” he writes, while social media infuses civic discourse “with invective instead of dialogue.” Only by replacing that culture of assertion and outrage with one that favors sincere, open-ended questioning can we hope to build compassion, foster understanding, and solve problems ranging from climate change to ethnic strife.

The book grew out of the Art of the Interview class that Sesno teaches at George Washington University, where he is the director of the School of Media and Public Affairs.

He himself interviewed more than 100 people for the project, most of them question askers by trade. Journalists Anderson Cooper, Terri Gross, and Jorge Ramos of Univision all make appearances, describing their philosophies and recounting memorable interview moments. Sesno also talks to politicians, entrepreneurs, military experts, therapists, and doctors, including Anthony Fauci, director of the National Institute of Allergy and Infectious Diseases, who recalls the line of inquiry that eventually led to the development of the AZT cocktail to treat AIDS.

Part reportage, part memoir, and part how-to manual, Ask More details the kinds of questions that different situations require. Diagnostic questions, for instance, are used to determine why a plane crashed or a patient is ill, while entertaining questions inspire killer dinner-party conversations. Strategic questions determine objectives and anticipate obstacles in pursuit of a larger goal, and legacy questions help dying patients see the meaning in their lives. The book’s final section consists of a practical question guide for every occasion, from conducting a job interview to solving a crime.

Ironically, the most illuminating anecdotes may be those in which people recount the questions they didn’t ask. Former Joint Chief of Staff Colin Powell is still kicking himself a decade on for the Pentagon’s failure to thoroughly investigate the claim that Saddam Hussein possessed weapons of mass destruction before it declared war on Iraq. And in the book’s most moving passages, Sesno candidly discusses his family upbringing and the questions he neglected to ask his own dying mother: “What are you proudest of in life?” “What’s one story you’d like me to tell my grandchildren about you?” He thinks he knows the answers, but still, he wishes he’d asked.