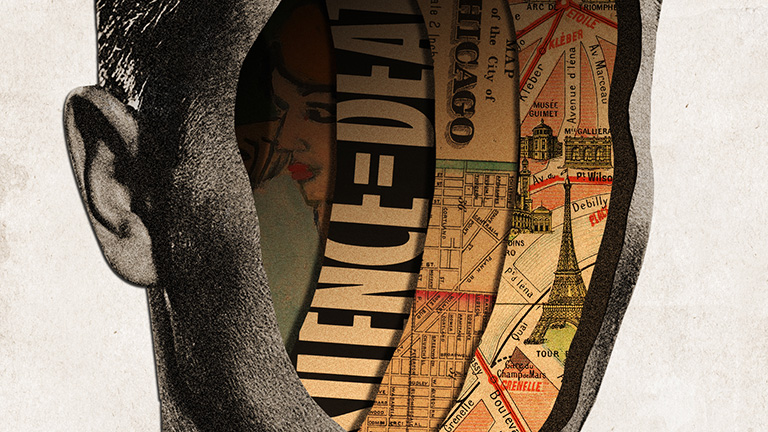 Within the first few pages of The Great Believers, the latest novel from Rebecca Makkai, MA English ’04, we enter one of the most captivating and emotional works of historical fiction of recent time. Making leaps between decades, in alternating chapters, between Chicago in the 1980s and modern-day Paris, she creates two plots, wholly different in substance but parallel in spirit.

Half of the novel follows Yale Tishman, an openly gay man living in the midst of the AIDS epidemic of 1985, as he grapples with the consequences of living his own life and being true to it. We first meet him at the funeral of one of his closest friends, Nico, the first person he ever lost to the illness. Nico is not the last Yale will lose over the course of the novel, but his death sets in motion a change in identity for Yale, a forced realization that nothing in his life could ever be as it was. Contagion inflicts fear and guilt on the communities Yale has made his home, as the lives of those around him are seized by paralyzing and pervasive doubt. His own relationships are tested, and the implications of the illness invade every aspect of his life.

The other half follows Fiona, Nico’s younger sister, as she searches for her estranged daughter in 2015 Paris. As her story develops, we come to see the unique way AIDS has affected her life. Her story reads almost like a detective novel, abundant with thrilling twists and cliff-hanging chapter endings, but it is not without depth. In Fiona, we see a life drawn out before us, as it really is—with the highs of love and lows of loss present throughout.

In Yale’s and Fiona’s intertwining stories, a movement comes to life before our eyes, and the moments of sadness that lie within the novel are punctuated with illuminating realization. Suddenly, The Great Believers becomes something of a road map to get us through the challenges that feel impossible to overcome.

Makkai has accomplished something brilliant in writing about an epidemic that has affected us all, whether we know it or not, and this book invites us to understand how. She writes masterfully about loss and tragedy, but her most important message lies in the way she writes about love—platonic, romantic, and unrequited. A writer who can breathe meaning into one sequence of words on a page for readers from all different backgrounds, ages, and moral dispositions, as she does, is an exceptional one.

She exposes, with great honesty and reflection, the primal nature of all relationships, how a heart heals differently for every person but the strength gathered from hurt takes shape in familiar ways.