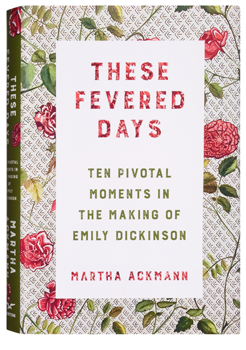 Martha Ackmann, MA English ’79, an author of books about women who have left an indelible mark on American history, has created a fresh look at the life of Emily Dickinson with These Fevered Days: Ten Pivotal Moments in the Making of Emily Dickinson. While much has been written about the complex, private poet, Ackmann approaches her subject through the unfolding of 10 important turning points in Dickinson’s life that influenced her growth as both a poet and a woman. While her external life was quiet, these moments reveal a great deal about her interior life, where she lived a rich and multilayered existence. With a great deal of warmth, sensory detail, and understanding of the poet from years of research and teaching, Ackmann has allowed us a different look at a woman who not only knew how to evoke complex emotional and intellectual reactions with her words, but knew what she wanted and needed from her own life. 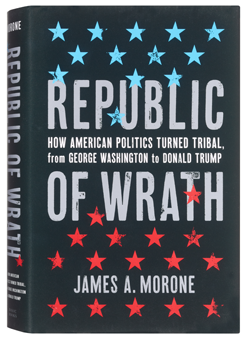 Over the past couple of decades, politics has increasingly taken on an us-versus-them mentality, Jim Morone ’73 tells us in his introduction to Republic of Wrath: How American Politics Turned Tribal, from George Washington to Donald Trump. Divisiveness in the political world is nothing new, but Morone set out to discover, through an illuminating look at the history of politics, how things have changed over time and how we have gotten to where we are today. Early leaders deplored political parties, yet parties formed; partisanship was messy, with party members reaching out to various groups on the power margins. The difference today is that party lines are much clearer and cleanly divided, giving each side a tribal intensity. Through his comprehensive, detailed account of America’s political story, Morone asks the questions, what warnings lie buried in the past and where should we go next? With the knowledge of where we came from, we might be able to build a more robust and productive future. 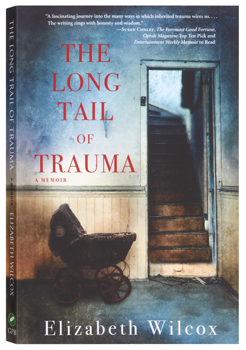 THE LONG TAIL OF TRAUMA

In this memoir about mothers and daughters, Elizabeth Wilcox ’89 skillfully and compassionately narrates the stories of her grandmother and mother and the traumas they faced as children, which in turn affected their mental health as adults, and consequently, affected their families. Both women suffered separations from their loved ones when young due to the tragedies of war. As a child, Wilcox’s mother endured foster homes and boarding schools and was abused. In trying to understand her mother’s mood swings and unpredictable behaviors as an adult, Wilcox learns about adverse childhood experiences, or ACE, and begins to research their repercussions. The result is a fascinating look at inherited trauma that is not only a memoir but also part scientific study of ACE, PTSD, and mental health issues. Weaving together timelines that take place in the present day and the past, Wilcox uses the stories her mother tells her and her own imagined voices of the women who have preceded her to take an honest and compelling look at this intergenerational tale of trauma. 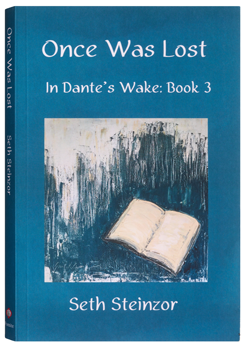 For years, Seth Steinzor ’74 has studied and loved Dante’s Divine Comedy, with its imaginative visions of Hell, Purgatory, and Paradise. As a poet himself, Steinzor has revisited those worlds through a modern lens with his three-part work, To Join the Lost, Among the Lost, and Once Was Lost. He began the undertaking with the intention of inhabiting Dante’s worlds and demonstrating what fascinates him about them, using his own life experiences to guide his creative pursuit. While much has changed since Dante’s time, Steinzor admits that “…our modern self-mutilations look reasonably similar to those of seven hundred years ago, for the most part.” Whether a student of Dante or not, the reader will appreciate Steinzor’s meditations on his modern-day journey with contemporary sinners, through purgatory with his own loved Beatrice he calls Victoria, to the final destination of his travels through the moral universe on a North Atlantic beach at sunrise. 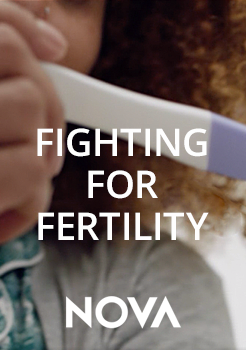 Larkin McPhee Perese ’82, a Peabody and Emmy Award-winning director, producer, and writer of documentary films, has come out with another thought-provoking and timely documentary. Fighting for Fertility offers an unfiltered look at a growing health crisis many in our country are facing—infertility—and brings to light the struggles often associated with trying to have one’s own biological children. Showing a raw, intimate look at conception, the film addresses commonly held beliefs about starting a family and tackles the stigma head-on. Importantly, it gives a voice to people who are often excluded from the larger societal conversations on reproductive health, namely the LGBTQ+ and Black communities. Throughout the one-hour film, viewers hear from hopeful, would-be parents and each story challenges how we think of a family in 2021, instills hope, and catapults tough conversations into the mainstream, particularly around the systemic racism that contributes to infertility rates that are twice as high for Black women as for white women. Fighting for Fertility introduces some of the most important scientific discoveries in modern times and helps introduce new possibilities of conception for those facing infertility.