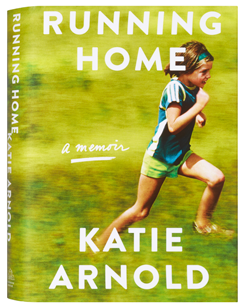 In this deeply moving memoir, Katie Arnold ’93 explores the relationship she had over the years with her father, an enigmatic personality who encouraged her to run in her first race at age seven and introduced her to adventures in the outdoors. His influence fueled her love, as an adult, of reporting on athletes who performed extreme feats, stories she lived as she wrote them. When he died of cancer, her life was thrown into uncertainty as she began to question her own mortality and fear of dying. She turned to running, which made her feel alive, and pushed herself to her own extreme limits of mindfulness. In the course of doing so, she began to reflect on the realities of her relationship with her father, realizing that much of what she knew of him, and her own past, was wrong. 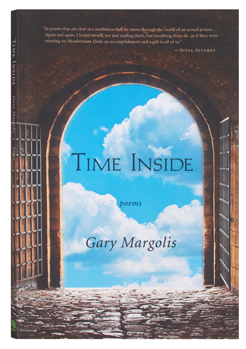 In this compelling book of poetry, Gary Margolis ’67 draws the reader into the world of incarceration as he volunteers in a maximum security correctional facility to teach poetry to inmates. From being fingerprinted to being escorted through electric gates to his interactions with his imprisoned students, Margolis writes of his experiences with honesty and compassion and an insight that inspires empathy in the reader. From the depths of the prison, he then brings the reader out into the surrounding world of nature and relationships and the stories of living that bond us in a common humanity no matter where we are on our life’s journey. 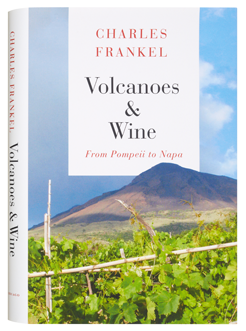 Charles Frankel ’79 is not only a volcano lover, he is also a wine and terroir aficionado and in this informative guide, he combines his two interests and explores the wine-making areas that have benefited from the idiosyncratic soils volcanic eruptions leave behind. Each locale he introduces has its own distinct geographical attributes, or terroir, and he details the histories of the volcanic eruptions, shows the grapes that grow in the soils, talks about the people of the area, and adds information about wine tours and scenic hikes. His narrative takes the reader to well-known regions in Sicily, Oregon, and California and to some lesser known places such as the Canary Islands. This fascinating book will enthrall wine lovers and travelers with its variety of details. 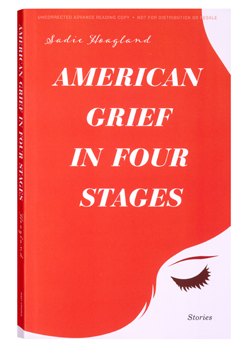 Sadie Hoagland ’03 has published her riveting debut book, a collection of short stories that explore what it means to be human and suffer loss. With a strong voice, each story unveils a fascinating, gripping tale of how every person experiences their own form of grief, in ways sometimes subtle, sometimes tortured, sometimes resilient. Beautifully written, the stories tell of a brother’s suicide or a mother’s illness or debilitating accidents, or they transcend time to the day of the Salem witch trials and one woman’s memories of her part in them. In all of the stories, humans deal with the emotional fall-out of trauma and while the tales can descend into darkness, they are redeemed by the empathy and perceptiveness of the author that is layered within each one.