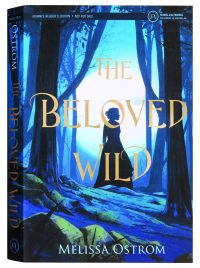 In her debut young adult novel, Melissa Ostrom, MA English ’00 introduces Harriet Winter, a young woman living on a farm in New Hampshire in the 1800s. With a mind of her own, Harriet rebels against her parents’ expectation that she marry the man of their choice and settle down to a domestic life. When her brother decides to strike out on his own, she chooses her own life path and goes with him—disguised as a boy—and discovers what she really wants out of life. 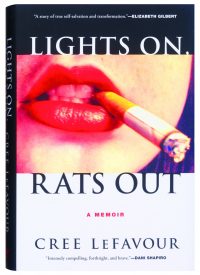 Lights On, Rats Out

In this powerful and disturbing memoir, Cree LeFavour ’88 writes starkly and honestly about her postcollege years—a time when she began to organize her life around the daily self-mutilation of burning herself with the tip of a cigarette, and when her visits to her psychiatrist, who served as her confidante and quasi-father figure, became a dangerous compulsion she’d do anything to sustain. With a wry insight that has come with time, she weaves her tale about her path to self-redemption. 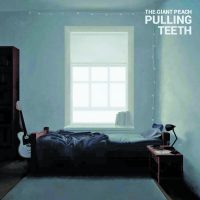 This Middlebury-born Indie-rock band, whose members include Harrison Hsiang ’17, Max Shashoua ’18, Liam Lundel ’21, Gloria Breck ’18, and Jacob Shashoua ’20, has released its first album, a self-described “break up” collection of songs. Although they are largely about loss of love and loss of self, the songs are surprisingly upbeat, bright, and likable despite the forlorn subject matter of the lyrics. 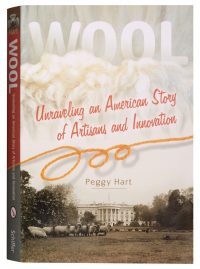 Wool: Unraveling an American Story of Artisans and Innovation

Peggy Hart ’74 has been a weaver since she graduated from college and her curiosity about the history of wool led her to research and write this book, which covers compelling and colorful facts from the arrival of sheep in the New World and a time when wool was incredibly valuable as a commodity to the arrival of manmade fibers and the decline of wool’s importance. Told against the backdrop of America’s history, the story traces the technological, social, and marketing forces that have shaped our relationship with wool.