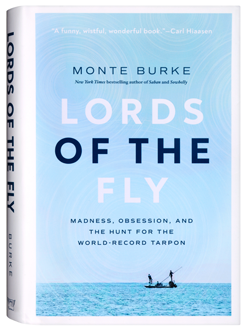 LORDS OF THE FLY

The author of the successful Sowbelly: The Obsessive Quest for the World Record Largemouth Bass, Monte Burke ’94 has penned another entertaining book about a fish with Lords of the Fly. This time the obsession is for the world-record tarpon and Burke has filled his story with larger-than-life characters, who chase the tarpon off the coast of Florida. He relates what happened in the late 1970s and early 1980s, when fly anglers from all over the world descended on Homosassa, just north of Tampa, to try to catch this most coveted fly rod fish, a 50-million-year-old species that can live 80 years and grow to 300 pounds. With compelling, spirited prose, he introduces the players, who spend all day on the water competing and every night socializing and partying. With egos and vices to match, these characters filled that golden age of fishing with unprecedented shenanigans and world records. Even if you don’t fish, you will enjoy the story. 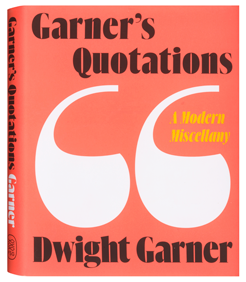 Writer and book critic Dwight Garner ’88 has been collecting sentences for over 40 years and putting them in a commonplace book. He has saved what he says are “lines that made me sit up in my seat; lines that jolted me awake.” The quotes come from stories, poems, music, movies, or overheard conversations, savored and written down. Now he has published a selection of them, for others to enjoy, with his book Garner’s Quotations: A Modern Miscellany. And although, in his commonplace book, he organizes his discoveries in categories for reference, in this book he has included each sentence by what he says is “feel.” In fact, he says, “I’ve tried to let the comments speak to one another and perhaps throw off unexpected sparks.” The quotes run from the irreverent to the literary and you are bound to find ones that make you sit up and take notice. Or just laugh out loud. 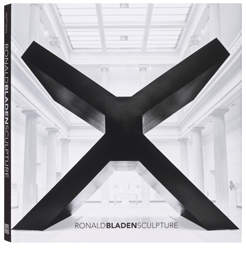 Bob Mattison ’74, the Marshall R. Metzgar Professor of Art History at Lafayette College, has an illustrious history writing about artists. He’s published numerous books, articles, and exhibition catalogs and written about Franz Kline, Arshile Gorky, Robert Rauschenberg, Grace Hartigan, and Robert Motherwell. His latest book focuses on the sculpture of Ronald Bladen, an artist who lived from 1918 to 1988. Through beautiful photographs of Bladen and his work, and well-researched text gleaned from extensive archival research as well as interviews with Bladen’s contemporaries, Mattison creates an in-depth and definitive look at Bladen’s entire career as a sculptor. This is the very first monograph ever done on Bladen and Mattison has produced a comprehensive analysis of an artist that not only produced important pieces of art but who was a major influence on generations of artists. 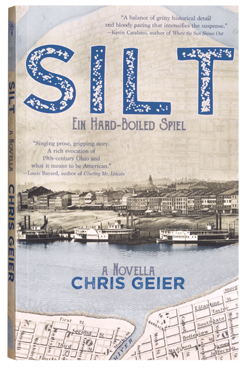 In his debut novella, Chris Geier ’06 has delved into historical fiction with an intriguing, gripping story of life in Cincinnati in 1856. His main character, a German immigrant named Werner Bosenbach, works part-time collecting debts for a shady loan shark and has a hefty drinking problem. When hired by a wealthy widow to track down those responsible for her husband’s death, Bosenbach’s investigations take the reader deep into the underside of the Midwest city, from bars to bawdy houses and even to an Underground Railroad safe house. Geier’s prose is sharp yet often lyrical and the story he tells is a fast-moving read. Not only does this novella, subtitled Ein Hard-Boiled Spiel, draw you into the life of a flawed character and his shambling attempts to uncover a murderer, but it reveals a unique history of Cincinnati in the years before the Civil War, with its bustling docks on the Ohio River and its immigrant and African American populations that are the brunt of prejudice and discrimination. 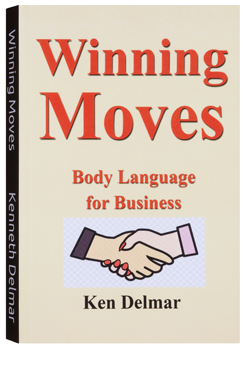 After doing his service in Vietnam, Ken Delmar ’63 started a film production company with $137, eventually parlaying that venture into a salary of six figures. In 1985, he wrote Winning Moves: The Body Language of Selling, a guide to success in sales using tips about postures, gestures, expressions, and style. Thirty-five years later, much has changed in the business world so Delmar has updated and broadened his earlier work and produced Winning Moves: Body Language for Business. In straightforward, no-nonsense, very colloquial language, he gives advice on everything from your appearance to how to handle the hostile prospect. In today’s business world, people need an edge to be winners and he argues that making yourself aware of and cultivating your image management, self-confidence, aura, expressions, gestures, and posture will propel you to the success you desire.