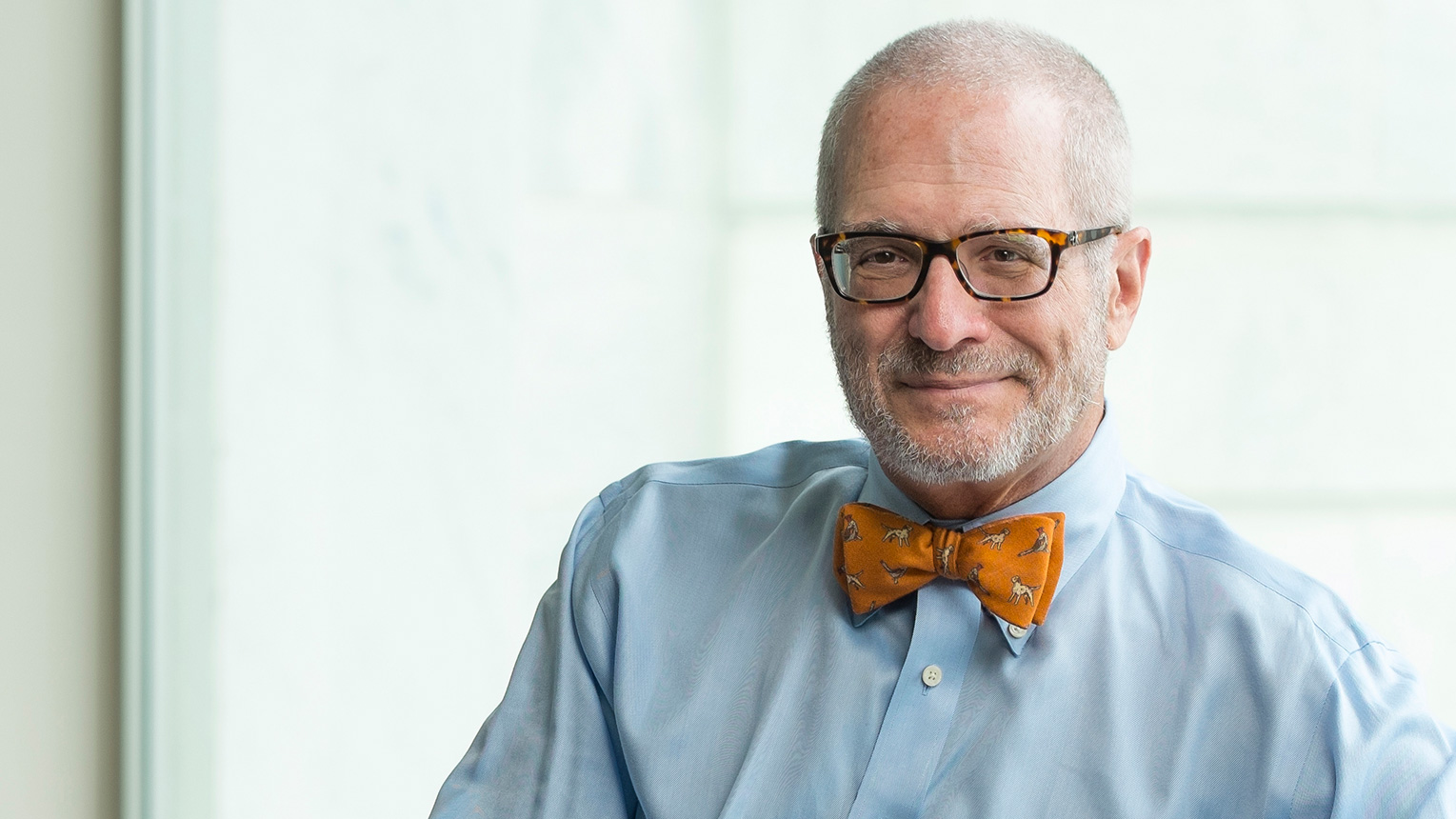 Middlebury’s first Jewish chaplain, Rabbi Ira Schiffer, has retired. For the past 16 years, Schiffer has held the position of associate chaplain, but a title alone does not adequately convey what he has meant to the College community. As Mark Orten, dean of religious and spiritual life and director of the Scott Center, has said, “It is difficult to imagine Middlebury without Ira Schiffer.”

His devotion to Jewish life and culture has been unmatched at Middlebury—one of his greatest legacies will be how strong the College’s Hillel chapter has become during his tenure—yet his imprint on student life is deeper still. Schiffer has taught winter term courses, he’s led alternative spring break trips, he’s been a constant presence at lectures and sporting events and artistic performances. He’s just been there for every and any one.

On the eve of his retirement, he sat down for a conversation with Matt Jennings in the Scott Center.

Please tell me that you’re leaving Middlebury to join the circus.
[Laughs] I’m going to leave that to my kids.

One of my favorite things about you is that both of your children are circus professionals.
What’s not to love?

OK, speaking of Rachel and Ben [Classes of ’06.5 and ’10.5, respectively], how did you navigate being a parent of Middlebury students and being a pivotal figure in student life?
Linda [Schiffer’s wife and recently retired coordinator for Cook Commons] and I both took a very hands-off approach with them on campus, letting them determine how close or distant they wanted to be, and that worked. Rachel ended up being very active in Jewish life and Hillel, and Ben was more, “Hey Dad, hey Mom,” when he bumped into us on campus.

How would you describe spiritual life on a college campus today?
Well, I would reframe that question, because that’s not my language. I don’t use spiritual language.

OK.
Jewish life from my perspective can include spirituality for some, but it’s also a religious, cultural, and ethnic identity and framing, and my primary professional responsibility was to make sure that the supports were in place so that students, faculty, and staff could explore and feel supported in their search for Jewish identity. For some that’s spiritual; for many others, it’s not.

With Middlebury being located in a small, rural community, I imagine you have been a main point of contact for Jewish students coming from more urban areas, where synagogues are more proximate . . .
Yes, but probably not in the way you are thinking.

What do you mean?
For many students who might have been passive in their Jewish upbringing, if they had attended college in an urban area coming from an urban background, they might not have even walked into Hillel. But finding themselves at Middlebury, I’ve seen countless Jewish students gravitate to Hillel because they have grown up in a Jewish milieu—and they might not have been actively religious at all—and they find comfort in this Jewish community.

And you’ve built that community . . .
A lot of people have built it. But I guess you can say I have helped make it stronger and lasting.

As the first Jewish chaplain, you’ve defined the role. What do you leave to your successor?
I’d like to think I’m leaving a functional, healthy Jewish community at Middlebury College. Hillel’s student board understands leadership development, recruitment, has a good sense of its responsibility both to Jewish students, faculty, and staff, and a desire to share their Jewish knowledge and enthusiasm with the wider College community.