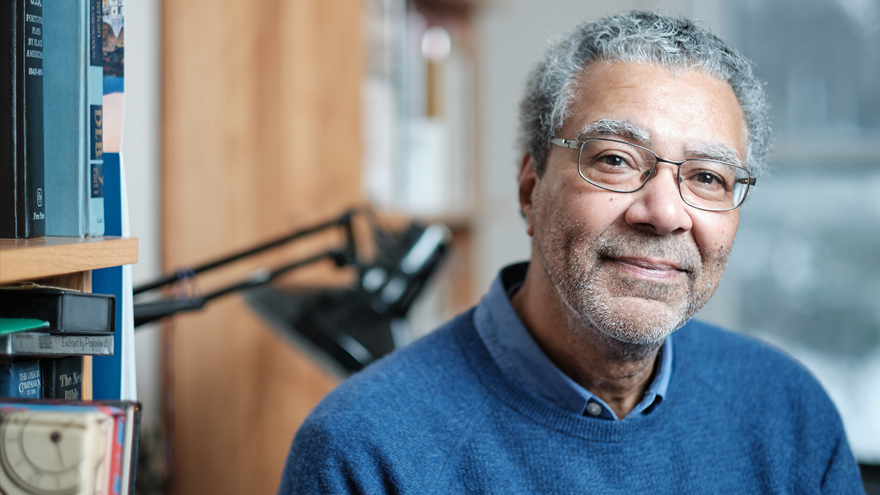 History professor Bill Hart has taught at Middlebury since 1993, and he recalls there being discussions on campus about the creation of an African American studies major from “those earliest years.” A minor was created in 1999, but no major, at least not until this year, with the creation of a Black studies major. Hart is serving as the program’s inaugural director before he retires this summer.

Black studies is not the same as African American studies . . .

No, it’s not, and that’s obviously intentional. As we’ve studied this subject over the years, we decided we needed a major that would be a study of the Black experience. But what would that look like? Would it be a study of African American history and literature? Should it be Africana studies? Should it be diaspora studies? I actually resisted the idea of the name Black studies, at first.

The birth of a Black studies movement . . .

Right. And then Black studies was narrowly defined as one part of a larger ethnic studies movement, so I thought calling our new major Black studies would be a bit dated. I was convinced otherwise. [Laughs.] With our Black studies major, we seek to capture an interdisciplinary way of studying and writing about and speaking about the Black experience of all people of the African diaspora—not just in North America, but also the Caribbean, Latin America, Europe, South Asia, Asia, and those who stayed in Africa.

In addition to all, you stressed the word interdisciplinary.

Exactly. When I was in college, not only did Black studies focus just on African Americans, it was basically limited to history and literary studies. Now, the whole field has opened up completely. We want all disciplines to join this conversation.

Yes, and it could include physics, computer science, biology. We’re exploring how we can use science to capture the experience of people of African descent.

I understand that even within your history course, African American History, you take an interdisciplinary approach.

I do. In my doctoral studies at Brown, I was taught to ask historical questions, anthropological questions, questions of religion, and so on. So that’s my natural inclination to bring the different text voices—novels, music, film, religious texts—to the study of the past.

Could you describe the curricular structure of the major?

It consists of existing courses and courses that are being created specifically for it. There are four required courses—Introduction to Black Studies, a new course, or African American History; Introduction to African American Culture; and Research Methods in Black Studies—and a senior seminar in Black studies or an independent project. Students would also need to take four courses
concentrating on an area or theme and three elective courses.

So one major’s experience could be very different from another’s?

Can we talk about your retirement?

. . . but I’m guessing you have a lot of things you want to tackle.

[Laughs.] I do. I hope to devote most of my time to writing a cultural biography of Martin Freeman, an African American man from Rutland who graduated from Middlebury at the top of his class in 1849. He went on to teach at a historically Black college in Pittsburgh and then went to Liberia as part of the colonization movement. That’s one project. And I’ll keep working on the Twilight Project, which is a multiyear initiative to examine, explore, and better understand Middlebury’s encounters with what we call “difference” throughout its history.