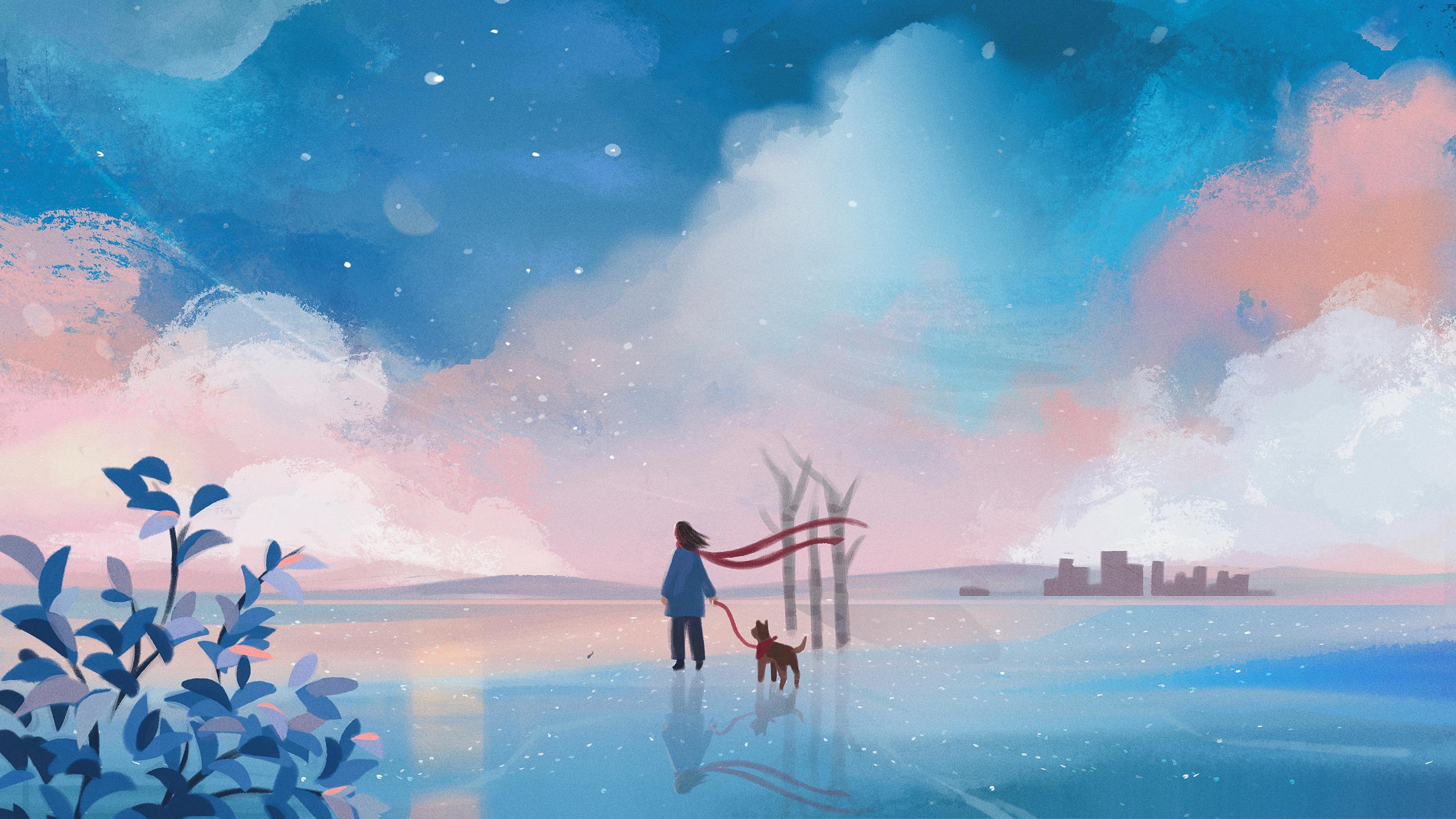 I first encountered Robert Frost in northern Germany. My English teacher assigned us the task of memorizing and reciting “Stopping by Woods on a Snowy Evening.” I’m not sure what a sleigh-belled horse and sweeping bank of snow were supposed to communicate to an adolescent girl who had—as of yet—never experienced the brutal chill of rural New England, but those woods—so “lovely, dark and deep”—have haunted me ever since.

As we began to hole up here in the Bay Area during the global pandemic, I found myself perplexed by the jolt of forced hibernation. We sometimes emerged, warily clad in surgical masks or bandanas, walking the streets like shell-shocked soldiers, nodding knowingly at our neighbors. The skies in March were—on the whole—a uniform gray, unusual for California. It was like our condition hovered in the sky, a mocking menace.

On a rare day when the sun poked through, I hurried to the refrigerator to rescue the languishing citrus at the bottom of the bins, hastily squeezing the life out of grapefruit, navel oranges, a lime on its last legs. Mixed with rum, they proved a swift balm to the shelter-in-place battle-weary.

More often, the sky blanketed the light, and my husband, Skip, and I trudged with our dog down by Richardson Bay. One time a fellow, cavalierly unmasked, pointed toward the city on the horizon.

“Did you see the whale?” he wanted to know.

We craned our necks and peered fruitlessly across the ocean’s stillness.

Read, I told myself. Disappear into a book. The one I finished as we began to shelter in place, Olive Kitteridge, was set in Maine, its harsh landscape mirroring the ferocity of its protagonist, both emotionally distant and bursting with passion. Fire and ice, it seems. So I’m wondering why, as I searched for some kind of sense, my mind kept returning, unbidden, to New England bleakness and an old man’s poems. The truth is, the poetry that speaks to me these days provides only cold comfort. And maybe that’s as it should be.

Frost—of the stark birches and mossy stone walls—is a steady ghost who has continually marked the odd trajectory of my nomadic life.

Inexplicably, in my younger days, I chose a small liberal arts college in Maine, where I found myself puzzling over the hoary-haired Yankee bard. Later, as a student at the Bread Loaf School of English, I would even spend a night in Frost’s country home, like a spooked Goldilocks. As an English teacher myself, I would watch and re-watch a dramatic reenactment of the narrative poem “Home Burial” featuring a young Joan Allen—that pillar of stoic ice—as the grieving wife. I still see her rooted at the top of a stairwell, staring down the landing to her helpless husband as her grief cracked. She wouldn’t forgive him for the dirt that leapt up and up as he dug their child’s grave just outside the window. The rift, the ways they tried and failed to cope, walled them apart.

I prefer to think of birches in Frost’s other poem. At least there’s a boy climbing up and up those black branches. But then again, there’s that complicated image of him bending and subduing those delicate trees—the ones the poet had likened to girls shaking out their long hair. When I taught that poem, I came to realize how essential an understanding of ice storms is. The first year I worked at a small boarding school in rural Maine, a brutal ice storm knocked out the power and shut school down for two months. All the “dormies” left and a few of us teachers who had no family nearby took refuge in a girls’ dormitory temporarily transformed into a community emergency shelter with a generator. I bedded up in a narrow room with my little gray cat. When we ventured outside, it was to some foreign landscape, shattered and creaking as the sun began to melt the ice. Tree trunks were smashed in half and telephone lines slung low like limp jump ropes. Three birch trees on the edge of campus bent clear to the ground in submission, just as Frost saw them. Years later, they would rise, reaching for the sun, though never fully righting themselves. Always and forever, they remain a hunched, living memorial to dread.

When I have returned to Frost’s “Birches” in my work with different groups of students, I knew the ones in New England understood the ice-coated imagery of cracking and crazing in ways that merely baffled, or worse, bored some of my northern California scholars. But a Maine student, a boy in the throes of grief for a father he had lost too young, at least granted Frost his weight. We hadn’t always had an easy time of it in English class, but at the end of that school year, the boy left me a scribbled note of thanks. To close, he quoted back to me the final swaggering line of the Frost poem I had introduced him to: “One could do worse than be a swinger of birches.” Indeed.

Undeniable now is our unity, a shared glimpse with the poet—however brief or long—of an unspeakable void. In the Bay Area of California, we have been six feet apart since St. Patrick’s Day. As a country, we are smack-dab in the heart of this global health crisis. On Easter Sunday as we approached twilight, the death toll in America stood at 22,020. In the days since, the toll has risen—up and up. The breathtaking figure of 200,000 looms.

So, Skip will hook our aging pup, Jasper Johns, to his faded red leash. Perhaps there will be a breaching whale or at least a periscoping sea lion down by the boardwalk on the edge of our wilderness by the bay. Our brown dog will urge us there past the clinging bougainvillea, the rusted mailbox, the house where they took down the tree whose red roots had invaded the basement. There’s an odd vacancy there now. We will hustle past the bungalow. For Easter, the occupant placed on her stoop baskets brimming with candy-filled plastic eggs alongside Lysol wipes. The curious would find a note stressing the household was illness free—so please take one.

And I will feel the ocean, like a damp finger on my cheek, as I inhale my own warm breath circulating behind a mask. And when I get caught, lost in thought as I often am these days as we head into summer, my dog will give a little tug on the end of the leash, like so many sleigh bells ringing across a great empty expanse, tethered, as we are, to hope for dear life.

Laurie Clark is a writer living in Sausalito, California, who taught English in high schools for over 20 years in New England, the Midwest, and the South, and on the West Coast. She is a graduate of the Bread Loaf School of English.