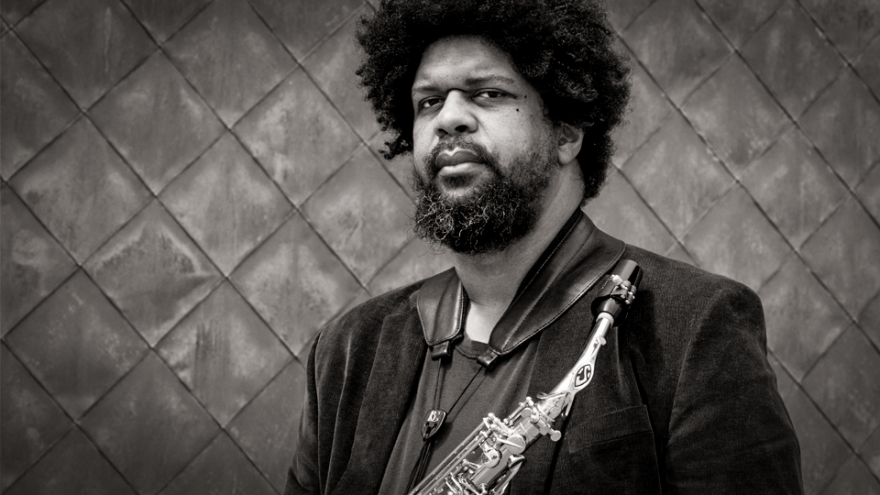 Artists throughout history have used their creativity as a means of emotional expression, whether in reaction to personal issues or to events in the larger society. For Matthew Evan Taylor, assistant professor of music at Middlebury, that hasn’t always been the case.

Music has been a part of his life for a long time—he began playing the alto sax at age nine, studied classical composition at the University of Miami for his master’s and PhD, and established himself as an improvisor and composer who did creative projects. But, he says, “for a good portion of my career I’ve had a firewall between my personal feelings and my music.” There were moments, though, that seemed to breach that wall: the murder of Freddie Gray, the election of Donald Trump, and, particularly, the death of his grandmother; but it wasn’t until this spring that the wall crumbled.

It started last December when Taylor conceived of a project on his 39th birthday that he thought would be fun. He informed his social media sites that he would improvise music every day for 39 seconds until his 40th birthday and post the piece each day. He stayed true to the project, although he began to get tired of limiting himself to 39 seconds and started expanding his improvisations.

When the College closed, and he was forced to work from home, new dimensions were added to his art. He became intrigued with the fact that recording in his apartment, which is not set up for recording, resulted in more raw performances. He also took a look around at the equipment he had on hand, particularly a loop station he’d obtained for another project, and realized he had the time to delve more deeply into what the device could do. He began to experiment during his improvisations with layering the sounds of the various instruments he plays—soprano and alto sax, flute, clarinet, and hulusi, a Chinese reed instrument that can work like a human voice—and recording his new creations.

In May, after George Floyd died at the hands of white policemen, the protests that erupted in response to the senseless killing began to have an impact on Taylor. “Seeing the energy and how much fervor there was behind the George Floyd protests in Minnesota and across the country started affecting me. That and hearing more about Breonna Taylor kind of pushed me into thinking, ‘I need to respond to this.’” He was further inspired by additional news being reported about the killing of Ahmaud Arbery. “More information came out about the third guy involved—all these incredible disgusting details that my grandparents and parents would have talked about in the past tense, and we realize this stuff is still happening all the time.”

Beginning on May 29, his daily improvisations took on new meaning, becoming musical responses to the news of the day. He went into each improvisation with the intent of having it relate back to what was going on in the nation and not only contribute to the protests but also channel the pain and anger he was feeling. The result was that by June 6, Taylor had a seven-track digital album he called Say Their Names, which he released to the online music site Bandcamp. He made a pledge that any money he earned from the album would be donated to causes, such as the Black Lives Matter movement, that fight against racism.

Each of the seven songs uses the looping method, creating complex, rich sounds that became meaningful passages for Taylor. At times, he began the piece with a starting point, such as breathing noises through the hulusi at the beginning of “Why Can’t We Breathe?” Other times he couldn’t quite pinpoint how the song was relating to the events going on in the nation and would give it a title once it was done and he had listened to it. But his approach to improvising is always to acknowledge that the elements are not set in stone.

“I do tend to have an overview of how the improvisation is going to go. But with the loop station, surprising things do happen that I’m not planning for and I have to react to that.”

In his song “Lamentations,” he didn’t realize that the build-up of the elements would really begin to sound like people crying, and he says it kind of pushed him over the edge. It was the first time since his grandmother’s funeral that he cried during his performance.

The experience of producing the album has changed the way Taylor views his art. “I’ve found a voice where I’m actually a much more whole musician than I was before, where my performance, my writing, and my thinking are all fused into one practice as opposed to related practices that triangulated who I am. Since this experience, I have a direction in my writing I’m excited to explore.”