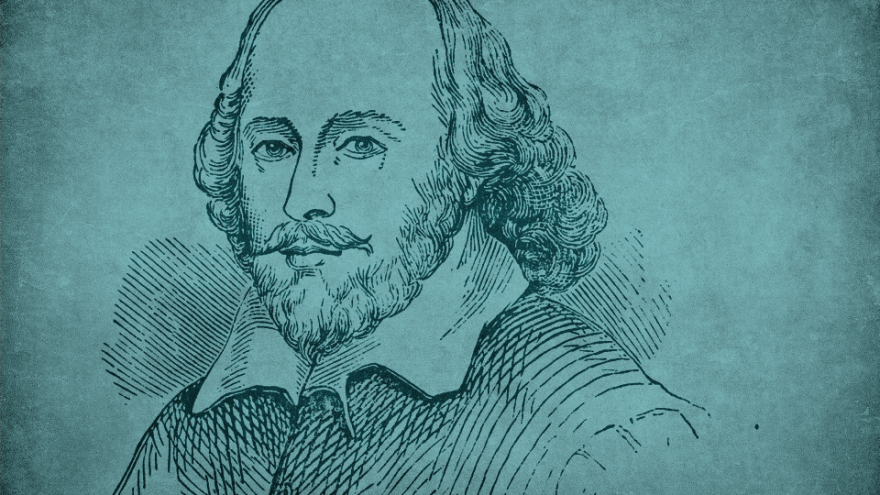 Emma Smith is a professor of Shakespeare studies and a tutorial fellow in English at the University of Oxford’s Hertford College. She is the author of several books, including This Is Shakespeare, which was published in March. And from 2005 to 2015, she taught at Bread Loaf in Oxford, serving the final two years of her BLSE tenure as director of the Oxford program.

Back in March, she contributed a terrific essay to the New York Times titled “What Shakespeare Teaches Us about Living with Pandemics.” In the essay, she posits that the bard’s work could serve as a narrative vaccine.

Middlebury Magazine editor Matt Jennings recently caught up with Professor Smith on Zoom. What follows is an edited version of their conversation.

You began your Times essay by referencing the Twitter meme, the taunt that when Shakespeare was in quarantine, he wrote King Lear. But then you point out that basically everything he wrote was under the shadow of plague.

Absolutely, yes. It’s interesting, isn’t it, that we as a society focused on King Lear, which I guess says as much about how bleak and tragic we were all feeling, because, yes, you probably could have picked out any number of comedies that Shakespeare could well have written under the pressure of plague time. This was kind of a fact of life in a way for him.

There was a plague in Stratford-upon-Avon just weeks after Shakespeare was born. He dodged that bullet. There was a big outbreak of plague when he moved to London in the very early 1590s, which could have completely diverted his career away from the theater, because the theaters were closed for such a long period, but he survived that, both personally and professionally. So yeah, the plague was a big deal throughout Shakespeare’s life.

You mentioned there is one very memorable line from Lear, in which Lear refers to his daughter—and I’ll quote—as “an embossed carbuncle in my corrupted blood.” But he doesn’t write specifically about the plague like some of his contemporaries did. A line you have in the Times essay is “the plague is everywhere and nowhere in his work.” What do you mean by that?

I guess I was thinking that, unlike writers like Thomas Dekker or even Ben Jonson, Shakespeare doesn’t write directly about the plague. Nobody dies from the plague. Nobody catches the plague, except there’s a very marginal mention of it in Romeo and Juliet. (It’s because the house is shut up with fear of plague that the letter doesn’t get from Friar Laurence, and all the events sort of snowball from there. So by several removes, Romeo and Juliet sort of die of the plague, but not exactly.)

So he doesn’t write about that—but I don’t think that’s really surprising. When you live through a calamity, I’m not sure you want to see that calamity playing out in your entertainment. We all understand escape is entertainment, where we want to watch comforting things or funny things or things which seem to be from a different world. So I think there’s an element of that.

I think it takes a while to have distance, to process important events. Think how long it’s taken for us to think about, I don’t know, the events of 9/11. It takes a long time to know how you can sort of fictionalize that or deal with that in fiction.

But you argue that the influences of the day are still evident in his work, albeit indirectly.

Right. I think Shakespeare’s sense of mortality, his emphasis on the importance of human life, are responses to plague, but not direct ones. So one of the things I say in the Times piece is I think one of the big threats about plague then and actually now, one of the most upsetting images for all of us is seeing those mass graves being dug or the idea that people can’t be buried properly. It’s that idea that an epidemic erases the individuality of each person.

I think Shakespeare really resists that by making people important, giving them death speeches, giving us a sense that what happens to them is really significant, even though it’s really sad or it’s really kind of fateful.

You’ve said that “lots of what we trot out about Shakespeare is not true or, if it’s true, it’s not important.” What do you mean by that?

I mean there’s a lot of stuff in the classroom about Shakespeare that . . . I mean, I’m a Shakespeare scholar, and I’ve really almost never needed to know about blank verse, dum-de-dum-de-dum-de-dum. Honestly, I only know that much really.

I instantly feel better about myself.

You know, I just ordered your book This Is Shakespeare.

Oh, fantastic. Thank you. There won’t be much of anything about blank verse.

I mean, what’s the point? Who cares? With this book I was trying to get away from a Shakespeare who needs us to know a lot before we get started. I want readers to approach Shakespeare in a way where they aren’t left to feel like they are studying for an exam. They didn’t have to do a test. Nobody is going to check up on them.

Someone referenced it as “Shakespeare as you’ve never seen before,” and one of the things that I love is that you use this term “gappiness” in his work. Some present Shakespeare as buttoned up—this is who he was, these are the lessons we learn—but you say it’s not so simple.

We have all tended to come to Shakespeare through tests and exams and stuff; we get an idea there is a message there. What I have to learn is, “What is the message?”

I think that’s part of a wider cultural phenomenon. I think when the Victorians started to doubt that the Bible was true, under the pressure of Darwinism, it was really interesting to see them sort of transfer a kind of belief system onto Shakespeare, and Shakespeare becomes the kind of secular scripture, and instead of quoting from the Bible, people started to quote from Shakespeare. It’s Shakespeare who gives you the lessons for life and morals for life.

I suppose what I was trying to say is with gappiness, Shakespeare is less about teaching us things or giving us advice or giving an opinion. There’s something much more open in his plays and, actually, that’s why they’ve lasted. Not looking for the answer in any of his works allows the works themselves to have ongoing life.

You say the questions that arise are what matter more . . .

Yes! The plays ask those questions. They don’t really give us the answer. We never know if it was the right thing for the conspirators to murder Julius Caesar. The play keeps asking that. And we never know if Macbeth would have done what he did without the witches or without Lady Macbeth. We’re sort of encouraged to think about that, but we can’t be sure.

I think most people have found it liberating. Obviously, in Bread Loaf we’ve worked a lot with teachers, with high school teachers, and they’ve thought about how to take those approaches back to their own classrooms and to find ways of teaching, which maybe emphasize different possibilities or different interpretations rather than just a single one. I think I’ve learned a lot from them, from Bread Loaf students and from students in other places, too, about the ways to make the questions come alive for them in that particular context.

I’m going to embarrass you now by quoting a reviewer in the Guardian who says of This is Shakespeare, “It’s the best introduction to the plays I’ve read, perhaps the best book on Shakespeare, full stop.” How does that make you feel?

Well, it’s kind of ridiculous. It’s a great thing to say, but, you know, can’t be true. I hope it’s a good introduction and a good introduction for now. I mean, books don’t last in that way. If they hit their moment, there will be another different take on Shakespeare out any time now and we’ll have that over.

But I think it’s part of keeping the works alive, to keep having a go at thinking about them. That’s what’s important to me.

Emma Smith will be delivering an online lecture on July 14 as part of Bread Loaf’s virtual summer. The Bread Loaf School of English will provide an update on how to view the lecture when that information becomes available.