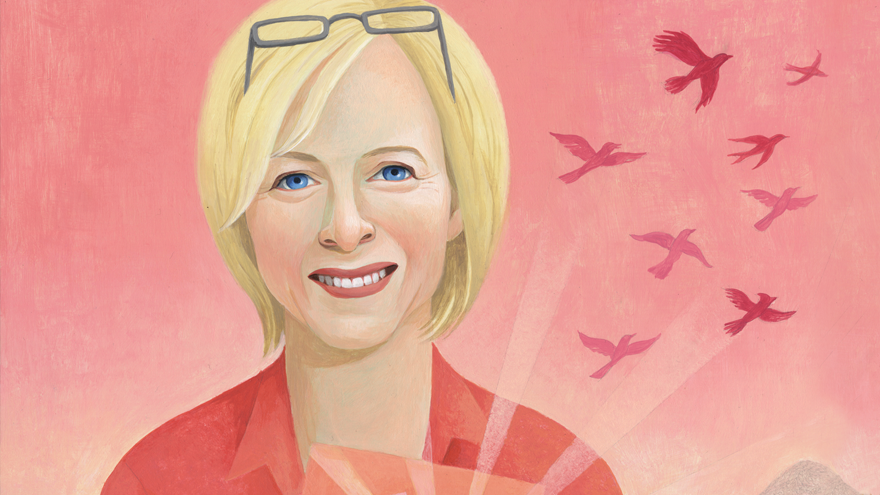 I put off writing this column for as long as I possibly could; the subject of the piece would surely comment, So what else is new? And she’d have a point. I’ve generally interpreted a deadline as a mild suggestion, at least when I’m writing, and over the years—nearly 18 of them—Pamela Fogg has been known to ask, cajole, roll her eyes, plead, mock, occasionally yell: Give me your damn column, already. Except this time I have a legit reason for my procrastination: This is a column I didn’t want to write.

Pam retired in December, which means that for the first time in my nearly 18 years as
editor—and for the handful of years that preceded my arrival—Pam’s name is not on the masthead; she didn’t provide art direction for any photo shoots; she didn’t assign any art; she didn’t design a feature.

Yet her influence is everywhere, on every single page of this issue. And while it’s a fool’s errand to try and detail all Pam has brought to the magazine, I’d be remiss not to mention two specific areas. She’s a brilliant designer, obviously, but where she really upped our game was in her choice of collaborators, specifically illustrators. Because of Pam, the magazine is recognized as a home for remarkable illustration, especially work produced by women. Jody Hewgill (who created the above portrait), Katherine Streeter, Martha Rich, the Balbusso Twins, Katy Dockrill. For every one I name, there are probably 10 I don’t have the space to include.

And Pam is a storyteller. Every photo edited, every illustration commissioned, every feature designed helped to tell a greater story, that of Middlebury and its people. That isn’t going away; her influence is too great, and those who follow her will be talented in their own right.

No, what will be missing, what I will miss, is our partnership—that great, messy, challenging connection we’ve enjoyed for nearly two decades. To wit: even though we ship files to the printer tomorrow, no one has asked me about this column. I think I’m going to miss that, too.